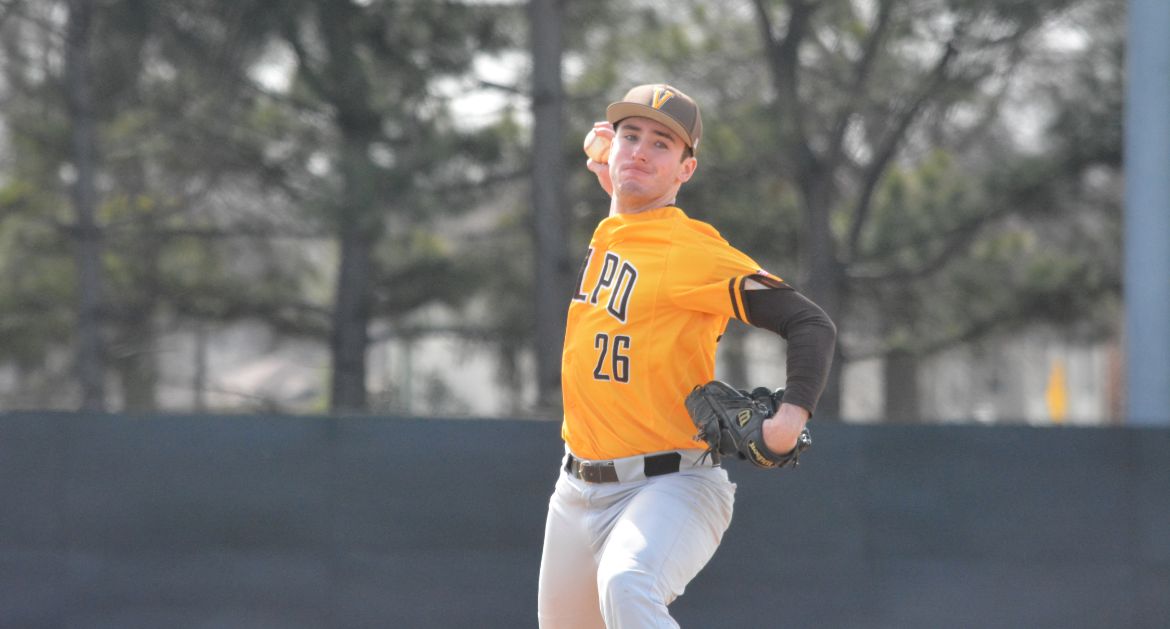 Colin Fields made his collegiate debut on Monday in Jonesboro.
Valparaiso at Arkansas State | February 25, 2019

he Valparaiso University baseball team dropped the final game of a three-game set with Arkansas State by a score of 4-1 on Monday afternoon in Jonesboro, Ark. Blake Billinger (Los Gatos, Calif. / St. Francis [Mission]) continued to drive in runs as he picked up Valpo’s lone RBI.

Valpo (1-4) will open up a three-game series at UNC Wilmington on Friday at 3 p.m. CT in Wilmington, N.C. for the start of the annual spring break trip. Links to live video (free) and stats will be available on ValpoAthletics.com.