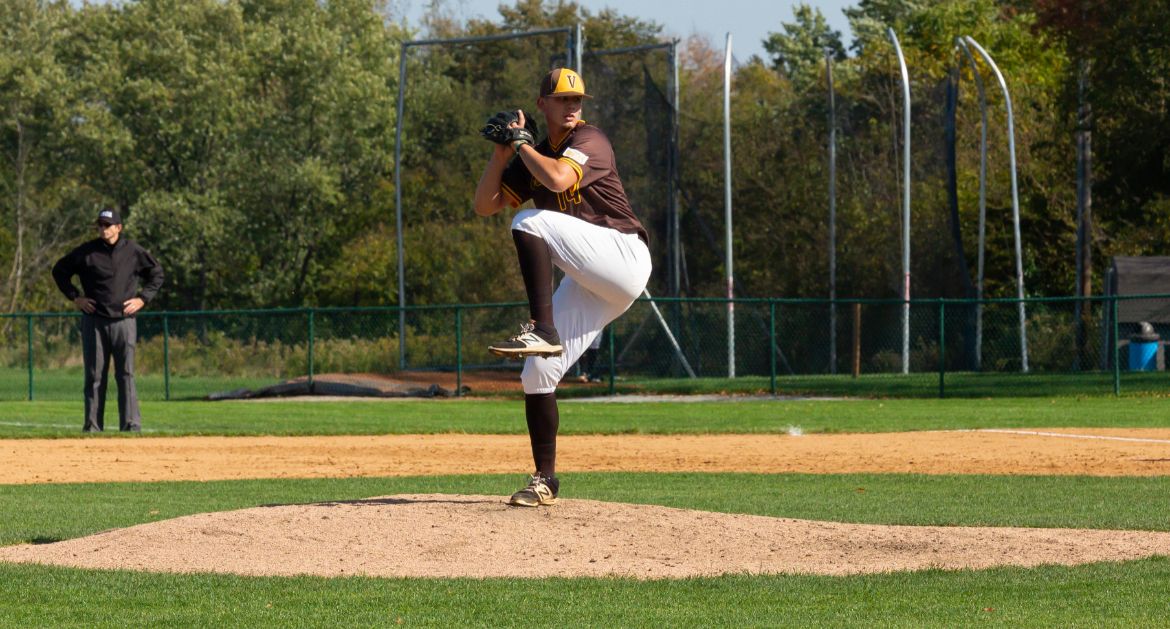 Tanner Skidmore pitched a 1-2-3 inning out of the bullpen on Tuesday.
Valparaiso at North Carolina A&T | March 05, 2019

The spring trip continued for the Valparaiso University baseball team on Tuesday as the program played its first midweek contest of the season in Greensboro, N.C. Host North Carolina A&T pulled away late for an 11-4 victory over Valpo.

Valpo’s spring break trip will enter its next leg as the team heads to South Carolina to take on the No. 24 Gamecocks, a member of the SEC and one of the nation’s elite baseball programs. The first game of the series is slated for Friday at 6 p.m. CT. Links to live coverage will be available on ValpoAthletics.com.