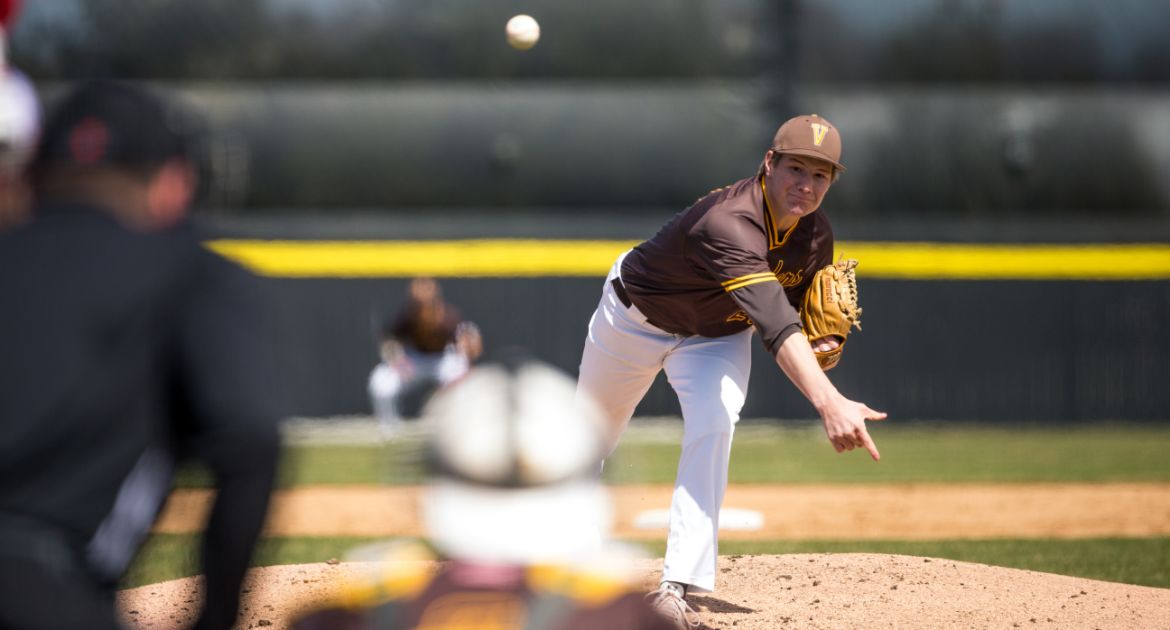 The Valparaiso University baseball team came within three outs of adding to the program’s long list of wins over Top 25 opponents, but No. 24 South Carolina started the ninth with back-to-back home runs and walked off with a 3-2 victory. Junior starting pitcher Jon Tieman (Crystal Lake, Ill. / Prairie Ridge) may very well have pitched his best game in a Valpo uniform on Saturday, holding a quality Gamecocks offense to just one run (none earned) on six hits and no walks over eight innings.

How It Happened – Game 1 (resumption)

The series finale will take place on Sunday beginning at 11 a.m. CT / noon ET in Columbia, S.C. Please note that this is a change from the originally-scheduled start time. The game will be carried on SEC Network+ with links to live video, audio and stats available on ValpoAthletics.com.