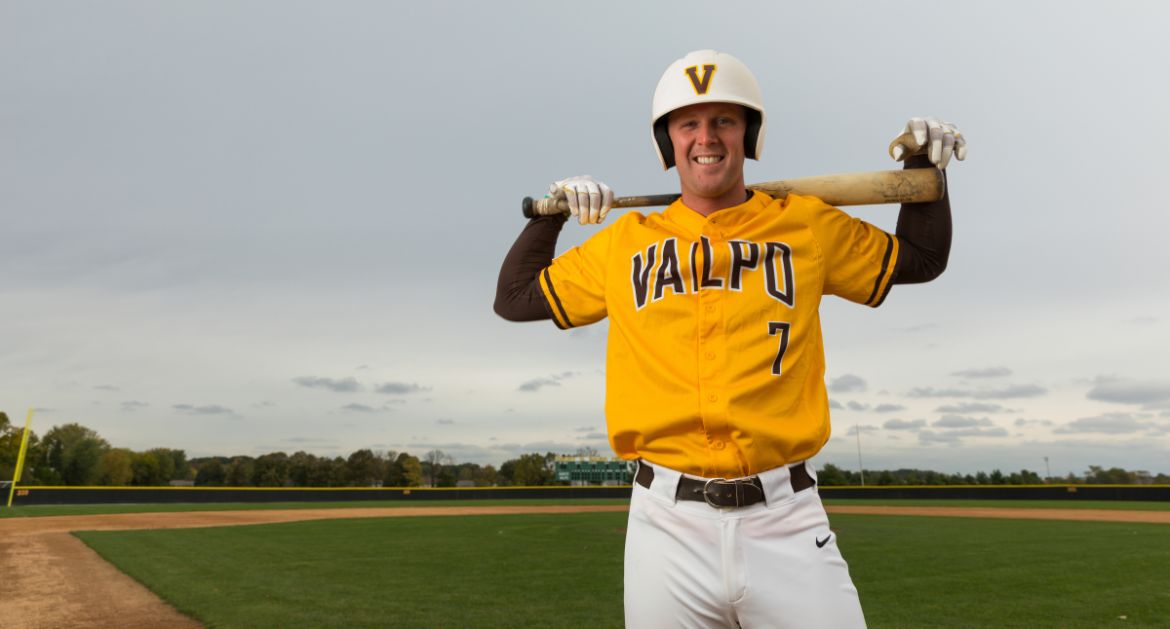 Next Up in Valpo Baseball: The Valparaiso University baseball team will play the final four games of a stretch of 16 straight road contests to open the season this week, starting with a visit to Cookeville, Tenn. to take on Tennessee Tech in midweek action on Tuesday. The team will return to the Midwest following Tuesday’s game and will clash with Northern Illinois in a three-game series this weekend. Due to the weather situation, stay tuned for any additional information about location and time changes for the weekend series.

Last Time Out: Valpo dropped all three games this past weekend in Columbia, S.C., but nearly knocked off the nationally-ranked Gamecocks in the middle game of the series. Jon Tieman turned in a gem, allowing one run (none earned) while walking none, striking out five and scattering six hits over eight innings. He left in position for the win, but South Carolina hit back-to-back home runs to start the bottom of the ninth against the Valpo bullpen to win the game 3-2. Valpo dropped the series opener 9-2 and the finale 12-6.

On the Air: The Tuesday game will be broadcast on ESPN+, which is available on a subscription basis for $4.99 per month. A video feed of the weekend series is scheduled to be available via NIU All-Access. Links to live video and stats are available on ValpoAthletics.com.

Series Notes – Tennessee Tech: Valpo is 8-10-1 all-time against Tennessee Tech in a series that dates back to 1982. The two teams last played in 2009, splitting a doubleheader on March 13 in Tennessee.

Series Notes – Northern Illinois: The all-time series between these two teams dates all the way back to 1946 with the Huskies holding a 23-12-1 edge. This will mark the fifth consecutive year the teams have played, as Valpo has opposed Northern Illinois every year since Brian Schmack was elevated to head coach in 2014. However, most of the meetings between the two teams have been midweek single games with a few doubleheaders mixed in. This will be the first three-game set between Valpo and Northern Illinois since April 1994. Valpo is 1-4 against Schmack’s alma mater since the former Husky took the helm. Valpo has dropped four straight at Northern Illinois and last won in DeKalb in 2009. The last two visits to NIU have been particularly memorable. Last season, Valpo fell behind 10-0 before scoring seven runs in the eighth inning of a 10-7 loss. In 2016, Valpo was up 10-4 going to the bottom of the ninth, but the Huskies scored seven times to walk off with an 11-10 victory.

Back in the Day: Schmack pitched collegiately for the Huskies from 1992-1995 before becoming the first Northern Illinois player to reach the major leagues since Fritz Peterson (1966-1976) when he appeared in 11 games with the Tigers in 2003. Schmack worked 258 innings in his collegiate career, which still ranks seventh in program history, and posted a WHIP of 1.57 in 1993, the fifth-best in a single season by a Husky.

Tieman Time: Starting pitcher Jon Tieman enjoyed a dazzling outing on Saturday, March 9 at South Carolina, when he left in position to earn a win against the nationally-ranked Gamecocks but eventually settled for no decision. He permitted just one run, and it was unearned, on six hits and no walks in eight innings while striking out five. That marked the first time in his collegiate career that Tieman started and did not allow an earned run. It was the third time in Tieman’s career that he did not permit a walk in a start and the second that he worked eight innings without walking a man. It was the 23rd start of the junior right-hander’s collegiate tenure.

Jones Stays Hot: Brent Jones enters this week riding a seven-game hitting streak. He now leads the team in batting average at .341 and hits with 15. Jones, who launched his first career home run and enjoyed his fourth multi-hit day of the season on Sunday at South Carolina, is basking in his first season of full health in his third year on campus. While being limited by injuries in 2018, Jones received just 33 at-bats and hit .182. He went 5-for-8 over the last two games in South Carolina and enters Tuesday’s game with a .462 average in seven games on Valpo’s spring trip.

Billinger Bombs: After launching his fourth home run of the season on March 10 at South Carolina, Blake Billinger is second in the Missouri Valley Conference in long balls this year. He is chasing only Bryce Ball of DBU, who has five. Billinger, who had his second career multi-homer game earlier this season as Arkansas State, has 11 career home runs. He also leads the team in RBIs (11), total bases (29), slugging percentage (.630) and walks (seven).

In The Other Dugout: Tennessee Tech

In The Other Dugout: Northern Illinois