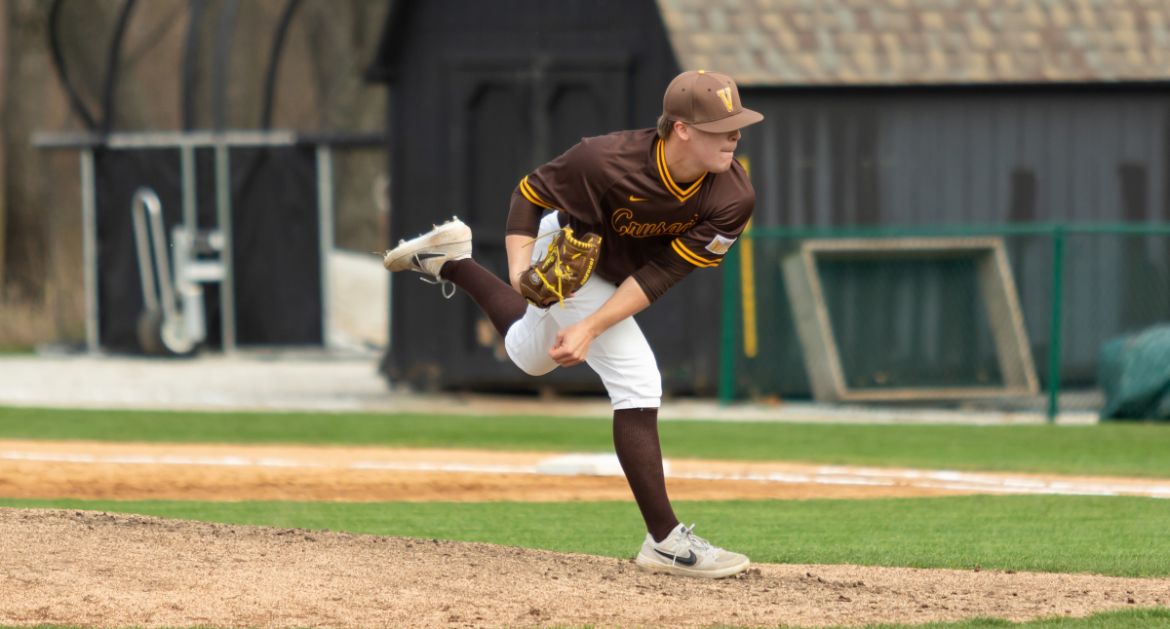 Freshman Keegan Bates was charged with three runs in 4 1/3 innings but didn't allow a hit through four on Tuesday.
Valparaiso at Notre Dame | April 23, 2019

The Valparaiso University baseball team jumped out to a 3-0 lead on Tuesday night, but host Notre Dame scored three runs in the fifth and one in the seventh to notch a 4-3 victory at Frank Eck Stadium. Starting pitcher Keegan Bates (Plainfield, Ill. / Plainfield North) did not permit a hit through the first four innings.

Valpo (8-27) will return to conference play this weekend with a three-game series against Evansville at Emory G. Bauer Field. The set opens up with a 3 p.m. start on Friday. Links to live audio and stats will be available.