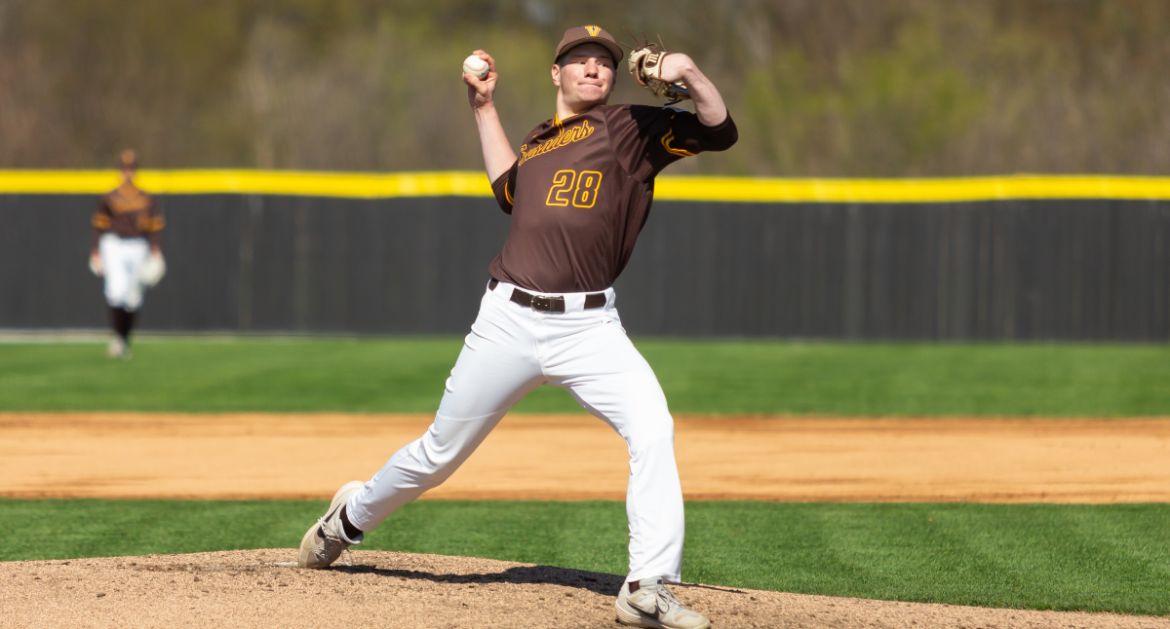 Jon Tieman had the first complete game by a Valpo pitcher this season on Friday.
Valparaiso at Bradley | May 03, 2019

It was an old-fashioned pitchers’ duel on Friday afternoon at Dozer Park as the Valparaiso University baseball team came up just shy in a 2-1 defeat to host Bradley. Valpo starting pitcher Jon Tieman (Crystal Lake, Ill. / Prairie Ridge) was masterful in an eight-inning complete game, but took a tough-luck loss on a day where all of the scoring came in the first inning.