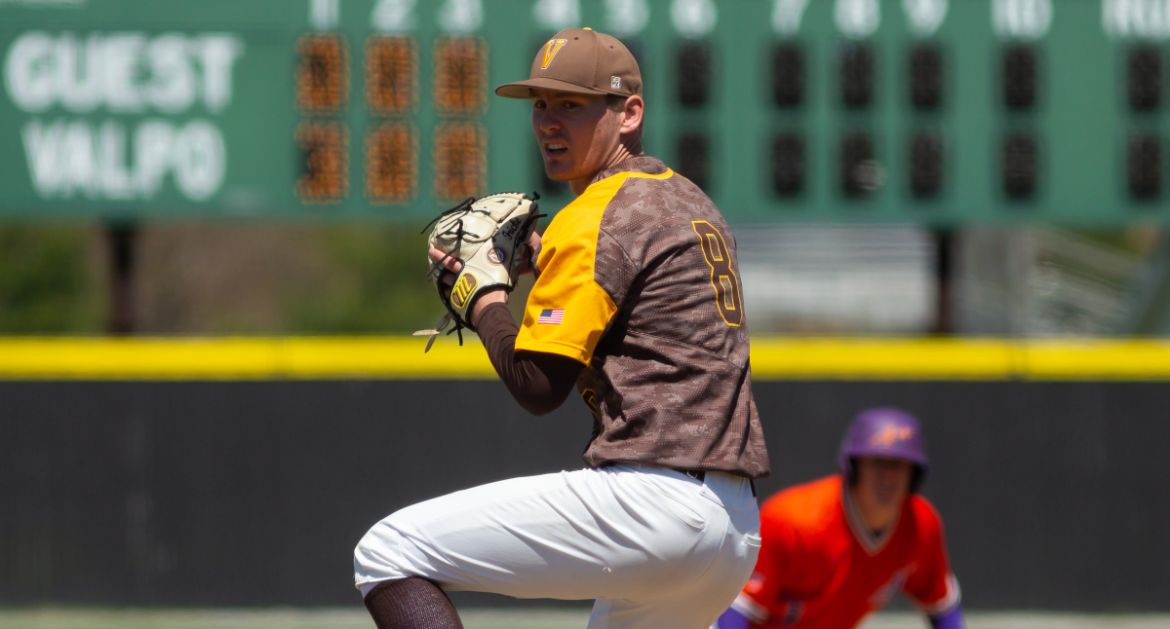 Zach Fricke earned the win on Saturday.
Valparaiso at Bradley | May 04, 2019

The Valparaiso University baseball team put together a solid team effort on Saturday afternoon, coming away with a 5-2 victory over Bradley at Dozer Park. Valpo manufactured its runs with a balanced offensive attack and timely hitting, while the pitching staff did its job for the second straight day and has allowed just four runs in the series.