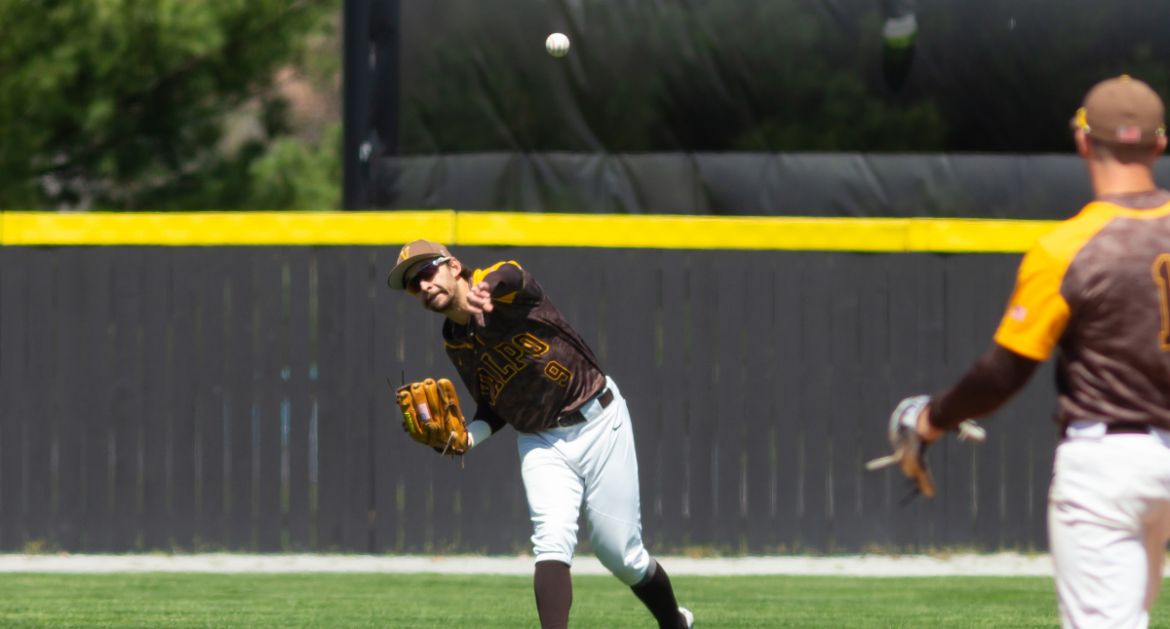 Steven Fitzsimmons has played 40 games and started 36 for Valpo this season.
Valparaiso at Michigan State | May 08, 2019
Related Links
Related Links

Next Up in Valpo Baseball: The Valparaiso University baseball team will be back in action on Wednesday for a midweek visit to Big Ten foe Michigan State. This will be the second straight season Valpo has made its way to East Lansing to take on the Spartans. Wednesday marks Valpo’s final nonconference road game of the season.

Last Time Out: Valpo dropped two of three in a weekend series at Bradley. The first two games were well played, with Valpo coming up on the wrong end of a 2-1 pitchers’ duel in Game 1 before utilizing timely situational hitting on the way to a 5-2 win in Game 2. Sunday’s rubber match saw the host Braves pull away for a 13-2 win in seven innings.

On the Air: Wednesday’s game will be broadcast on BTN+, which is available online on a subscription basis. Live audio and stats will also be available courtesy of Michigan State Athletics. As always, follow @ValpoBaseball for in-game updates.

Series Notes: This will be the second straight year Valpo and Michigan State have hooked up as the two teams split a pair of one-run games last April. Valpo dropped the opener 5-4 in 12 innings before prevailing 7-6 in the nightcap. What was originally scheduled as a three-game series turned into a doubleheader due to inclement weather. The Spartans hold a 3-2 edge in the all-time series.

Going The Distance: Valpo starting pitcher Jon Tieman’s loss in Friday’s series opener at Bradley was about as “tough luck” as they come. Tieman pitched an eight-inning complete game in a 2-1 defeat to the Braves with both runs he allowed coming in the first inning. He racked up seven strikeouts while scattering six hits and two walks. Tieman threw a pair of complete games a year ago, both of the nine-inning variety and both wins as the right-hander beat Evansville and Illinois State. All three complete games in his career have come on the road and in conference play. Tieman is the first Valpo pitcher with three career complete games since Trevor Haas had three during the 2015 and 2016 seasons.

Nailing It Down: Easton Rhodehouse earned the seventh save of his Valpo career in Saturday’s victory over Bradley, in the process climbing into the Top 10 in program history in career saves. He is now part of a six-way tie for eighth in the Valpo record book that also includes Jon Tieman despite the fact that Tieman spent less than a full season pitching out of the bullpen.

Scoreless Streak: Valpo reliever Montana Quigley continued his scoreless streak with an important hold in Saturday’s 5-2 win over Bradley. The redshirt junior did not allow a run over 2 2/3 scoreless innings. In the sixth, he inherited a two-on, one-out jam and worked out of it, then in the seventh Bradley loaded the bases against him but couldn’t push across a run. Quigley has not allowed a run over his last five outings spanning nine innings. During that stretch, Quigley has allowed one run (none earned) on four hits and two walks. Over his first nine appearances of the season, Quigley held a 10.32 ERA, allowing 14 runs (13 earned) on 19 hits including seven home runs while walking five.

In The Other Dugout: Michigan State