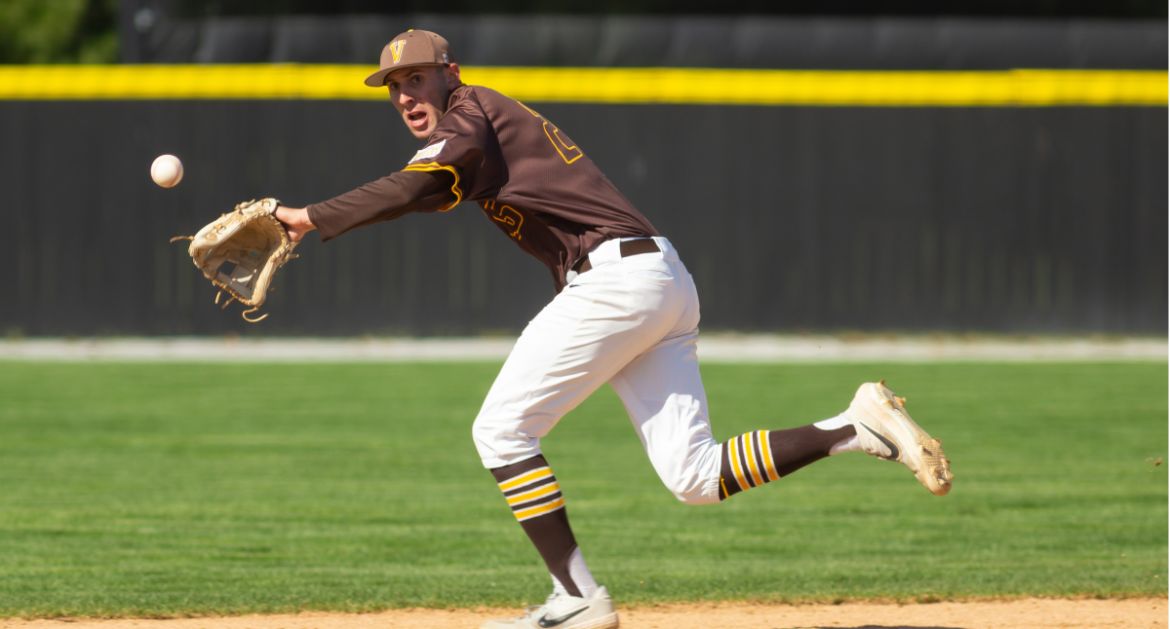 Next Up in Valpo Baseball: It’s senior weekend for the Valparaiso University baseball team as seven Valpo seniors will suit up at Emory G. Bauer Field for their final home series. The three-game set between Valpo and Southern Illinois will conclude on Sunday afternoon, Senior Day at Emory G. Bauer Field. The team’s seven seniors will be honored in a pregame ceremony. This marks an important series for both teams as the two squads enter the weekend with comparable conference records.

Last Time Out: Two seniors started their final stretch of regular season games by launching long balls on Wednesday at Michigan State. Chase Dawson crushed a solo bomb to right center in the first inning to put Valpo ahead 1-0, then Sam Shaikin tied the game at three with a two-run shot in the fifth. The host Spartans scored six unanswered runs to win the midweek contest 9-3.

On the Air: All three games will have live audio via WVUR, over the air on 95.1 FM Valparaiso and streaming online via the TuneIn Radio app. Garrett Willis and Danny Dalenberg will team up for Friday’s call, before Ben Ariano takes the headset for Saturday and Sunday. Links to live audio and stats are available via ValpoAthletics.com. In addition, in-game Twitter updates can be followed from the @ValpoBaseball account.

Series Notes: The all-time series is deadlocked at three wins apiece after Southern Illinois won two of three in Carbondale last season. This will be the first time the Salukis have ever made their way to Valpo. Five of the all-time meetings have been at Southern Illinois, while the sixth was a 4-3 Valpo win in the NCAA University Division Playoffs in Columbus, Ohio in 1966.

Senior Spotlight: This year’s senior class features four players who are four-year members of the program, two junior college transfers and one graduate transfer. Nick Leaverton, Patrick Donohue, Sam Shaikin and Chase Dawson have spent their entire careers at Valpo, Brent Jones has been with program the last three seasons, Blake Billinger is in his second season on campus and this marks Mike Kornacker’s lone year at Valpo after graduating from Purdue. Shaikin and Dawson have been cornerstones of the program over the last four seasons, serving as four-year starters and comprising Valpo’s middle infield combination.

Going The Distance: Valpo starting pitcher Jon Tieman’s loss in Friday’s series opener at Bradley was about as “tough luck” as they come. Tieman pitched an eight-inning complete game in a 2-1 defeat to the Braves with both runs he allowed coming in the first inning. He racked up seven strikeouts while scattering six hits and two walks. Tieman threw a pair of complete games a year ago, both of the nine-inning variety and both wins as the right-hander beat Evansville and Illinois State. All three complete games in his career have come on the road and in conference play. Tieman is the first Valpo pitcher with three career complete games since Trevor Haas had three during the 2015 and 2016 seasons.

Nailing It Down: Easton Rhodehouse earned the seventh save of his Valpo career in Saturday’s victory over Bradley, in the process climbing into the Top 10 in program history in career saves. He is now part of a six-way tie for eighth in the Valpo record book that also includes Jon Tieman despite the fact that Tieman spent less than a full season pitching out of the bullpen. Rhodehouse continued to pitch well on Wednesday, May 8 at Michigan State, working a scoreless frame.

Scoreless Streak: Valpo reliever Montana Quigley continued his scoreless streak with an important hold in Saturday’s 5-2 win over Bradley. The redshirt junior did not allow a run over 2 2/3 scoreless innings. In the sixth, he inherited a two-on, one-out jam and worked out of it, then in the seventh Bradley loaded the bases against him but couldn’t push across a run. He tacked on 2/3 of an inning where he was not charged with a run on May 8 at Michigan State. Quigley has not allowed a run over his last six outings spanning 9 2/3 innings. During that stretch, Quigley has allowed one run (none earned) on four hits and two walks. Over his first nine appearances of the season, Quigley held a 10.32 ERA, allowing 14 runs (13 earned) on 19 hits including seven home runs while walking five.

In The Other Dugout: Southern Illinois