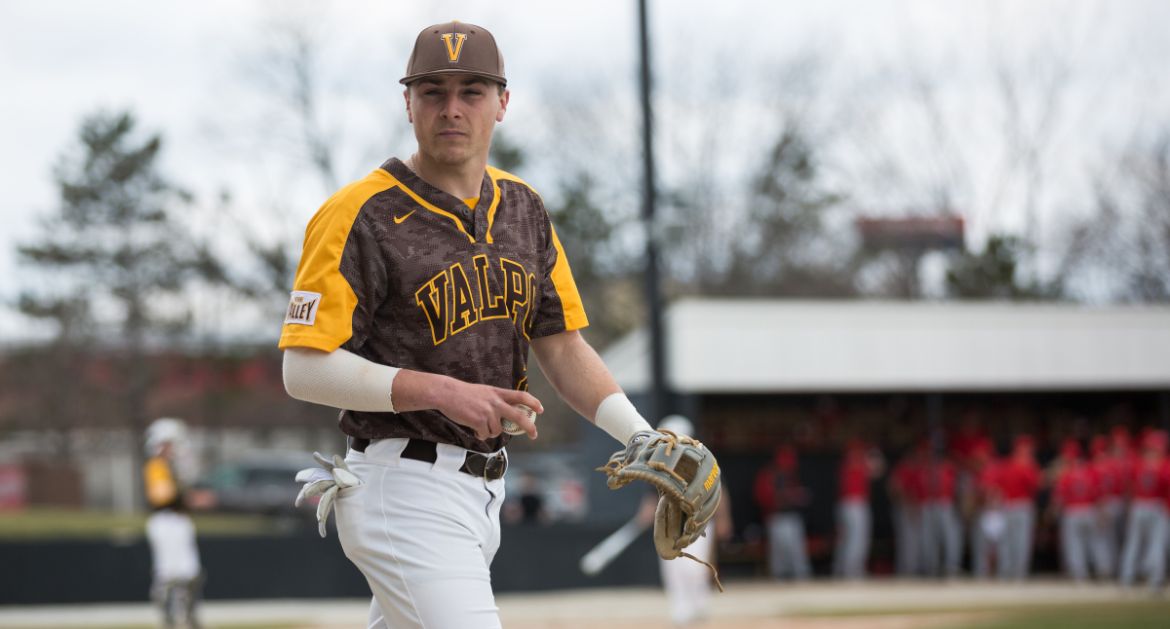 Damon Jorgensen hit his second home run of the season on Thursday.
Valparaiso at Missouri State | May 16, 2019

The Valparaiso University baseball team incurred a one-run defeat on Thursday night in Springfield, falling 5-4 to Missouri State. Valpo had leads of 1-0 and 3-1, but the Bears scored four in the fifth to take the lead and fended off the visitors for the game’s duration.

Valpo (14-33, 6-13 MVC) and Missouri State (17-34, 8-11 MVC) will continue the series on Saturday night with a 6:30 p.m. start. Links to live audio and stats courtesy of Missouri State Athletics are available on ValpoAthletics.com.