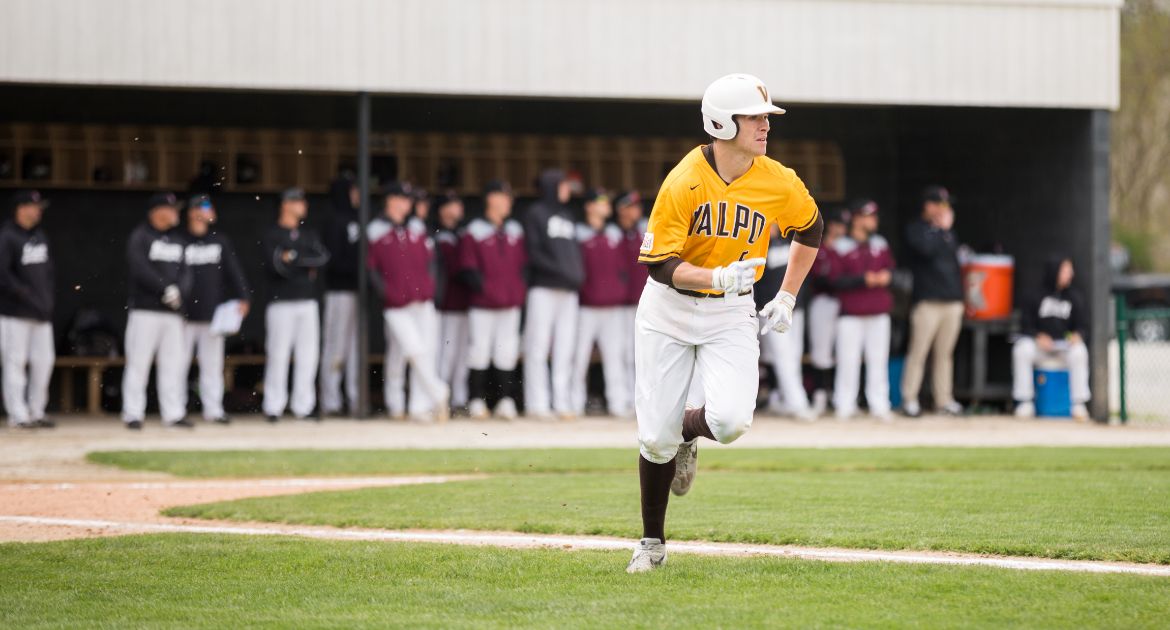 Jeremy Drudge had two hits and two RBIs on Saturday.
Valparaiso at Missouri State | May 17, 2019

The Valparaiso University baseball team fell 11-4 to Missouri State on Friday night at Hammons Field in Springfield despite eight of the nine batters in the Valpo lineup recording hits and the two teams collecting 10 hits apiece. Valpo is now locked into the No. 7 seed for the Missouri Valley Conference Tournament and will play sixth-seeded Missouri State in the opening round on Tuesday at Illinois State regardless of the results on Saturday’s final day of the regular season.

Valpo (14-34, 6-14 MVC) and Missouri State (18-34, 9-11 MVC) will round out the three-game set on Saturday. The game will be broadcast on ESPN+. Please note that the start time has been moved up two hours due to the weather forecast, so the game will now begin at noon.