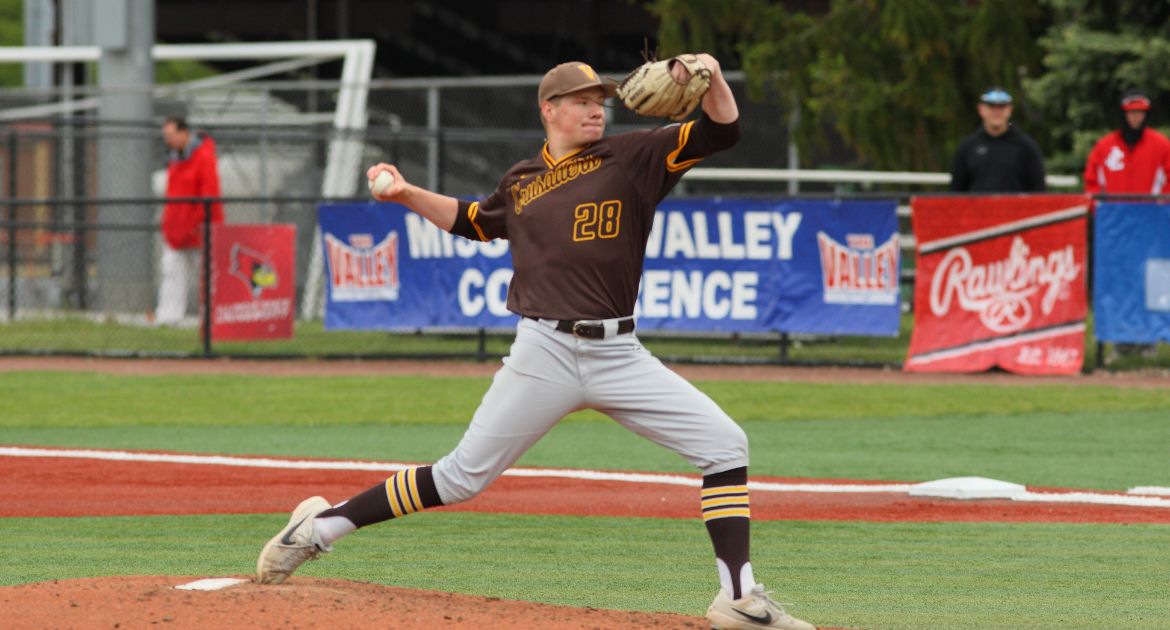 Junior Jon Tieman is part of a pitching staff that will is expected to bring back 93 percent of its innings pitched next season.
Valparaiso at Missouri State | May 21, 2019

The Valparaiso University baseball team fell 7-1 to Missouri State on Tuesday in the first round of the Missouri Valley Conference Tournament at Duffy Bass Field in Normal, Ill. That marked the final game of the 2019 season and the end of the careers of seven Valpo seniors.