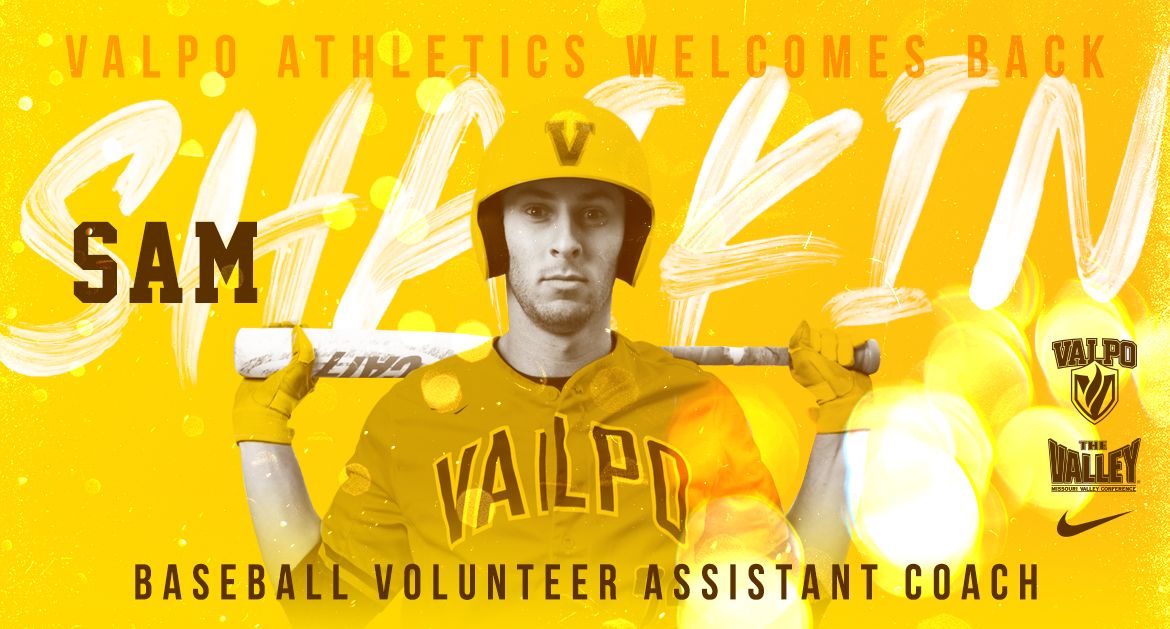 After spending the last four years penciling the name Sam Shaikin (West Hills, Calif. / Chatsworth) into his lineup for nearly every game, Schmack will work alongside his former shortstop this season.

“Sam has a wealth of baseball knowledge, so we’re excited about what he brings to the table,” Schmack said. “He loves Valparaiso and is excited for this opportunity. He was a great representative of Valpo baseball on and off the field as a student-athlete over the last four seasons, so we’re looking forward to seeing him continue his influence on our team in a coaching capacity.”

“It says a lot about this University and this program that I’m coming all the way back from California to spend more time here and be around our players and coaches,” Shaikin said. “It wasn’t easy to leave for college as an 18-year-old and go from California to Indiana, but it’s become a home away from home for me. When I got the call from Coach Schmack, this was an opportunity that I couldn’t pass up.”

“I’m excited to provide my input to help our players improve, but also to learn from the other members of our coaching staff,” Shaikin said. “I want to work hard and learn every day. I’m excited to be doing this, and I’m going to give it everything I have.”