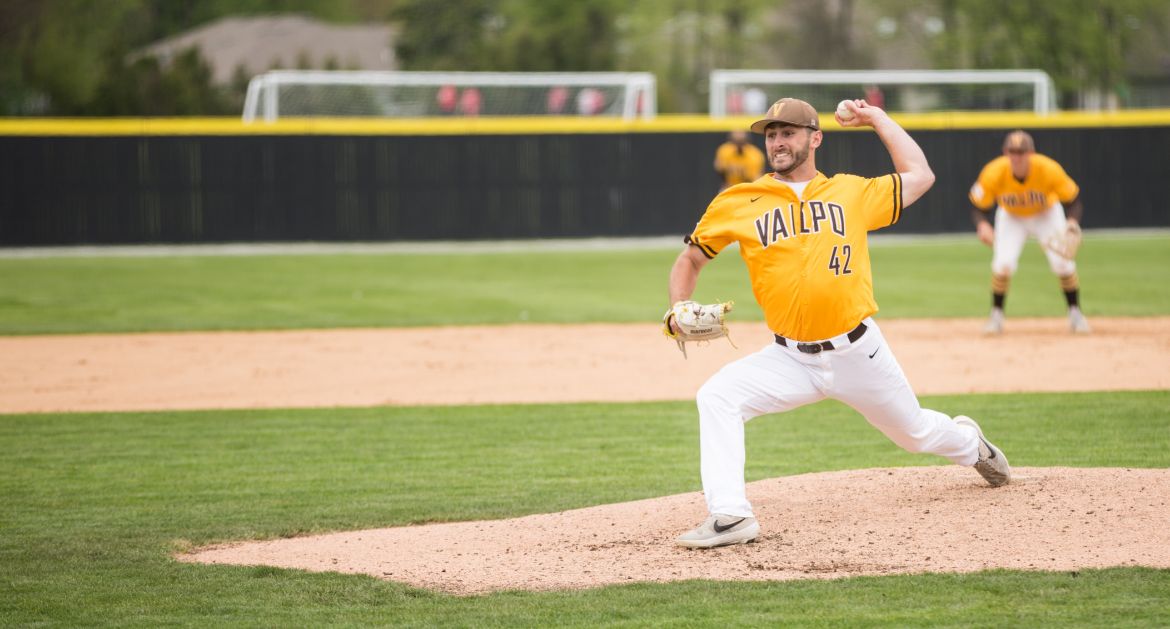 Lefty Jarrett Hammel did not allowed an earned run over three innings of relief on Sunday.
Valparaiso at McNeese | March 01, 2020

The Valparaiso University baseball team was again paced by Riley Dent (Long Beach, Calif. / Wilson) and Jonathan Temple (Turlock, Calif. / Turlock [Modesto JC]), who had two hits apiece in the team’s fourth and final game of the Lake Area Classic in Lake Charles, La. on Sunday. However, host McNeese State sprinted out to a 6-0 lead over the first three innings and held on for an 8-3 triumph.

Valpo (1-9) will be back in action for a midweek game on Tuesday at 6 p.m. at Nicholls State in Thibodaux, La. The game will be broadcast on YouTube Live courtesy of Nicholls Athletics. Links to live video and stats are available on ValpoAthletics.com.