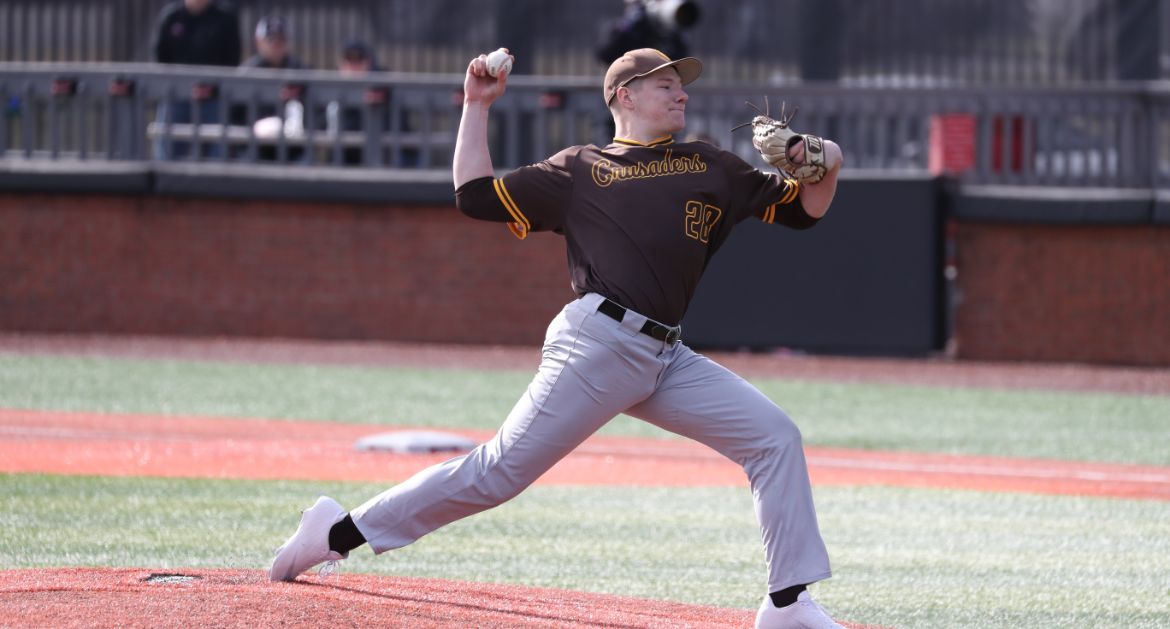 Jon Tieman came on in relief on Tuesday, making his second appearance of the season.
Valparaiso at Nicholls | March 03, 2020

The Valparaiso University baseball team fell 3-2 on Tuesday night at Nicholls State in Thibodaux, La. Valpo scored twice in the sixth to tie the game, but Nicholls prevailed on a walk-off hit in the bottom of the ninth.

Valpo (1-10) will begin a three-game weekend series at Georgia Southern on Friday night in Statesboro, Ga. The game is slated for 5:30 p.m. with links to live video, audio and stats available on ValpoAthletics.com.