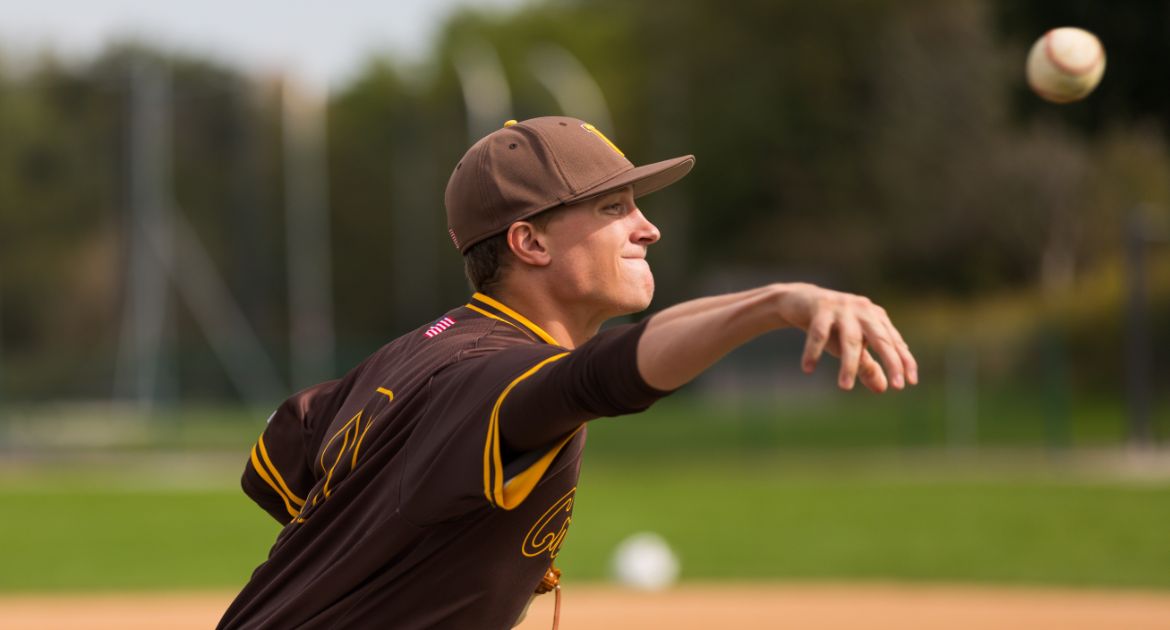 Next Up in Valpo Baseball: The Valparaiso University baseball team will head to Statesboro, Ga. to continue its spring break trip with a three-game weekend series against Georgia Southern. Valpo recently wrapped up a stretch of seven-straight games against teams that played in NCAA Regionals last season (No. 3 Louisville, McNeese and Southern Miss) and will continue its challenging nonconference slate with the weekend set at Georgia Southern, a team coming off a win over No. 4 Georgia.

Last Time Out: Valpo played its first one-run game of the season on Tuesday, falling 3-2 at Nicholls State in Thibodaux, La. The Brown & Gold fell behind 2-0 as the Colonels got single tallies in the fourth and fifth innings, but tied the game with two in the sixth. Valpo initially appeared to take the lead on a sacrifice fly in the seventh, but the runner was ruled out for leaving early upon appeal. The game remained deadlocked until the bottom of the ninth, when Nicholls won on a walk-off hit.

On the Air: Live video, audio and stats will be available courtesy of Georgia Southern Athletics. Links can be found on ValpoAthletics.com.

Series Notes: Valpo and Georgia Southern have never matched up on the baseball diamond.

In the Other Dugout: Georgia Southern

K Count: Valpo freshman pitcher Trent Turzenski racked up 11 strikeouts in his six-inning relief outing on Feb. 28 at McNeese State. He racked up the most strikeouts by a Valpo relief pitcher in a single game in over a decade. It’s the second straight year a Valpo rookie has enjoyed an 11-strikeout game as Colin Fields did so a year ago against Butler.

Hit Parade: Valpo matched a season high with 15 hits in a 13-11 loss vs. Southern Miss on Feb. 29. Prior to the Feb. 23 series finale at No. 3 Louisville, Valpo hadn’t put together a 15-hit output since March 16 of last season (vs. Northern Illinois). The team cracked 15 hits twice in a four-game span against quality competition, doing so against Louisville and Southern Miss. The 11 runs scored on Saturday were the most by Valpo in a loss since a 14-13 defeat on March 2, 2018 vs. CSUN. The 11 runs were the most permitted by Southern Miss in a game this season.

Four-RBI Special: Valpo received its second four-RBI game of 2020 on Feb. 29 vs. Southern Miss, this time courtesy of junior college transfer Jonathan Temple. He joined freshman Nolan Tucker as the only members of the Brown & Gold with four RBIs in a single game this year. In fact, no other Valpo player has more than two RBIs in a contest. Temple drove in his seventh run of the season on Sunday, March 1, taking over sole possession of the team lead.

Offensive Explosion: Valpo and No. 3 Louisville produced a score that looked more appropriate for the gridiron than the diamond as the Cardinals won the series finale 14-10 on Feb. 23 in Louisville, Ky. Valpo posted season highs in runs (10) and hits (15) and was outhit just 16-15 against the nation’s No. 3 team. That marked Valpo’s highest single-game hit total since March 16, 2019 against Northern Illinois and the team’s first double-figure run total since beating Western Michigan 11-1 on April 16 of last season. The 10 runs were Valpo’s most in a loss since March 2, 2018, a 14-13 setback vs. CSUN. The 10 runs were the most allowed by Louisville since a 16-11 loss vs. No. 22 Miami on April 19 of last season.