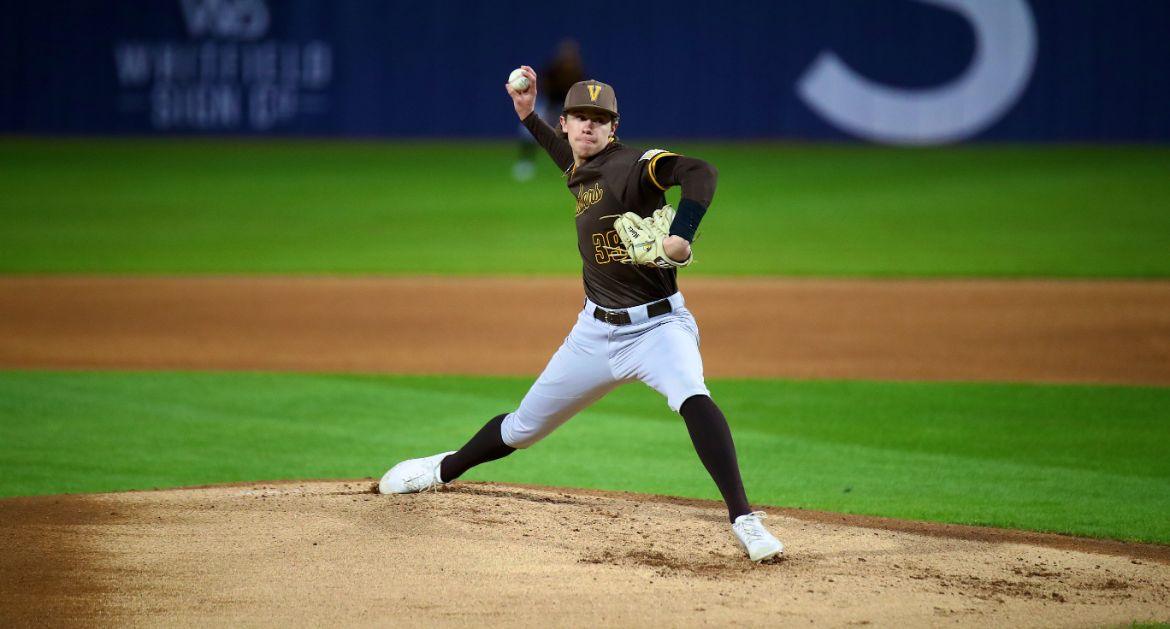 Ryan Mintz is one of three Valpo pitchers who took the mound on Tuesday.
Valparaiso at Alabama State | March 10, 2020

The Valparaiso University baseball team got back in the win column on Tuesday night, topping Alabama State 8-3 in the first of two midweek showdowns between the two teams in Montgomery, Ala. The victory came together as three Valpo hurlers combined to span the nine quality frames while three batters contributed multi-hit efforts.

Valpo (2-12) and Alabama State will face off again on Wednesday evening at 6 p.m. CT. A link to live stats will be available on ValpoAthletics.com.