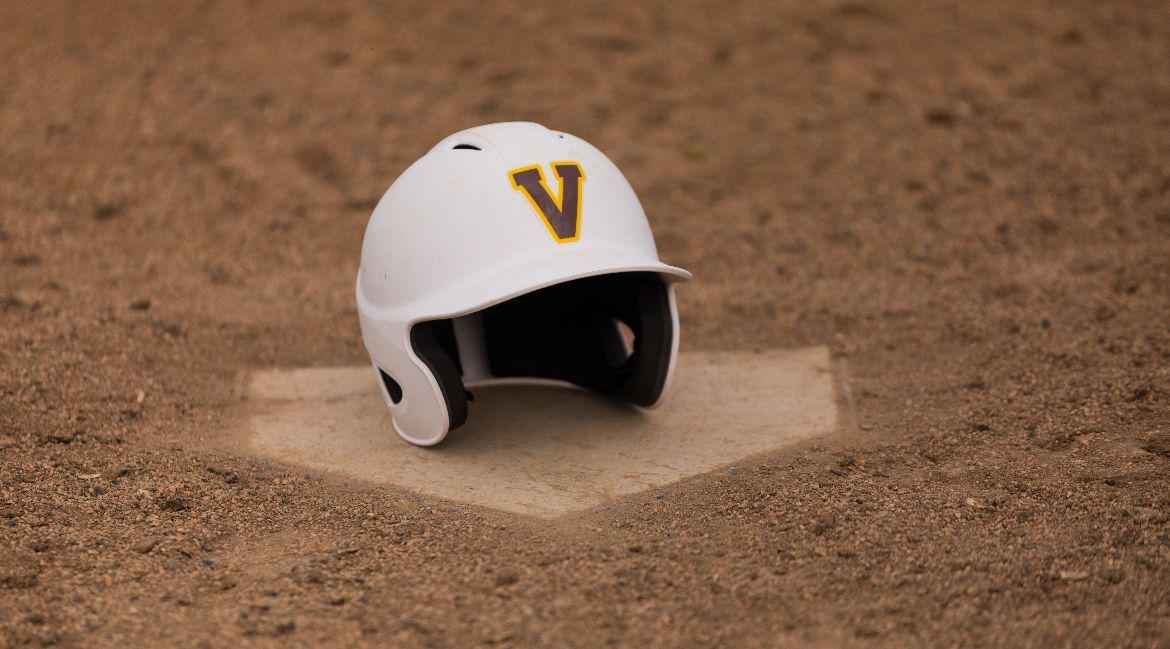 “Our goal with this recruiting class was to identify student-athletes who would fit into our team’s culture and help us continue to build on the youth in our program,” Schmack said. “These five players are extremely competitive hard workers on and off the field. They will be assets as we continue to progress the program. I’d like to thank my assistant coaches, Kory Winter and Casey Fletcher, for their tremendous work during a challenging time for recruiting. They dealt with hours of Zoom calls, virtual meetings and phone calls and did a great job of assembling this class. Hats off to Kory and Casey for their incredible work; I’m lucky to have them around.”

A 6-foot-3 left-handed pitcher, Hack compiled an 8-0 record as a varsity starter during his sophomore season at Tinley Park. He helped his team to a regional championship while boasting a 2.50 earned run average.

“I wanted to attend a school where I would feel comfortable, and when I visited Valpo my sophomore year, I immediately loved the University,” Hack said. “It’s only about an hour away from home with a very nice campus. The coaches made me feel at home. I’m excited to play for a head coach who played in the big leagues and has experience at the highest level of baseball. The whole coaching staff has a wealth of baseball knowledge.”

Hack, who also played two years of high school basketball, has posted several double-figure strikeout games during his prep career. As a freshman playing on the sophomore team, he pitched in a combined no-hitter. In addition, Hack recorded 10 strikeouts against a top-10 team in the state.

“Christian has a big frame and increased his velocity to 90 this summer,” Schmack said. “He profiles well as a starter and has a great work ethic. We were impressed by his ability to throw three pitches for strikes and the progress that he made from junior year to senior year. His work ethic fits our team and his profile addresses a team need from the left side on the mound.”

Hack has pitched for the Chicago Elite travel team for two seasons and ventured to Florida to pitch in the Perfect Game world championship series. Away from the diamond, Hack enjoys golfing and spending time with friends and family. His academic interests include business, sports management and sports broadcasting.

“I’m a competitor and I want to do my best in every game,” Hack said. “I have a strong desire to win. I put a lot of emotion into it and I’m rarely sitting down in the dugout. I always stay engaged in the game. I know it’s going to take a lot of hard work to adjust to the college level playing against more experienced players, but I’m looking forward to the challenge.”

“The biggest factor in my decision was Kory Winter, the recruiting coordinator,” Ross said. “I love talking to him and his attitude toward the game. He’ll let me express who I am on the field. He’s the type of coach that I’m willing to run through a brick wall for.”

Ross is a member of National Honor Society and is a three-time high merit recipient. He has expressed interest in pursuing environmental engineering.

“Grant is very physical and competitive,” Schmack said. “He is extremely powerful and has a closer mentality on the mound. He has a good arm and has been up to 92 mph this fall, so we see him as a high-level pitcher. He’s had a lot of success in national tournaments against top competition. He’s also a great student, and we’re excited about the winning background that he’ll bring to our program.”

Outside of baseball, Ross enjoys nature and went on several camping trips this summer. He enjoys cliff jumping and hiking with friends.

“I think one significant attribute I bring to the baseball field is my competitiveness,” Ross said. “I hate losing. I’ll do anything I can to win. I’m always striving for perfection and work hard to prepare for game situations.”

Lockwood has been a part of his school’s varsity baseball team since his sophomore year. As a starting pitcher on varsity, he logged 35 innings and compiled a 3-0 record while striking out 35 against just 12 walks. The 6-foot-2 righty turned in a 2.00 ERA.

“From the start of the college search process, I knew I wanted a smaller school,” Lockwood said. “When I went to visit, the downtown reminded me of my hometown here in Libertyville. Coach Winter and the other coaches at Valpo have been so welcoming through the entire recruiting process. Obviously, I wanted to choose a school where I can have a great relationship with the coaching staff.”

Lockwood was selected to play for the Chicago Scouts Association in August 2020 in the World Wood Bat Association (WWBA) World Championship in Florida. He was ranked as the 29th overall pitcher in the WWBA Tournament. During the 2020 summer season, Lockwood logged 34 2/3 innings and notched 36 strikeouts against just six walks while posting a 2.22 ERA and 3-3 record.

“Connor is a projectable pitcher who will gain strength and velocity as he transitions to the college level,” Schmack said. “He has an extremely athletic arm and can throw three pitches for strikes. He had some success nationally against some very talented players this fall and made big strides from his junior year to his senior year.”

Lockwood has been a member of his school’s honor roll since his freshman year and was a Link Crew leader as a junior. He represented Libertyville baseball at a conference leadership meeting. In addition, Lockwood competed in basketball as a freshman.

“I feel I have an ability to attack the zone with three or four pitches,” Lockwood said. “I can be a great leader. Whether I’m playing or on the bench, I’ll always be cheering and working hard to make our team better. Ever since I started playing, Division-I baseball has been my dream. In seventh grade, I wrote D1B on my glove to remind myself that was my goal. I’ve been dreaming of this since I was 4 years old.”

A left-handed hitting outfielder, Maka garnered all-conference accolades as a sophomore, when he batted .390 with two home runs. He owns a 60-yard dash time of 6.7.

“The first factor in my college decision was my recruiter, Casey Fletcher,” Maka said. “I loved talking to him. The University has a very good academic reputation. I went on a visit when nobody was there and still loved it. The campus is beautiful and the chapel is amazing, which is important to me as a religious individual. Valpo is close enough for me to go home on weekends, and it’s the perfect size, not too big or too small.”

Maka owns a weighted grade point average of 5.8 and is a member of National Honor Society. He was awarded honors with distinction and also participates in golf and DECA (business club).

“Ryan will fill our need of a left-handed power bat,” Schmack said. “He’s an extremely physical kid and a good runner. We see him as a corner outfielder and middle of the order bat. He has the ability to hit right away and is a good worker in the weight room. He’s a good person with a personality that fits well into our team culture.”

Maka hopes to pursue either computer science or economics and was impressed with Valpo’s job placement statistics. He is excited to make the adjustment to the college game.

“Signing was an unbelievable feeling,” Maka said. “I’ve been working toward this forever, essentially my whole life. The relief of finally getting the opportunity to play Division-I baseball is unbelievable. I hope to bring a high baseball IQ to the basepaths and the field. I have a very good eye and an ability to make contact. I don’t strikeout a lot and can get around the bases quickly. There will be an adjustment period, but with the help of my coaches and teammates, I look forward to the opportunity to perform at the Division-I level.”

Ilitch is spending this year at IMG Academy in Florida after graduating from University Liggett School, where he was a four-year varsity player. The right-handed hitting catcher started all 35 games behind the plate for his high school team in 2019, earning all-district honors.

“My recruiting process was challenging since visits were not allowed during COVID,” Ilitch said. “When I talked to the coaches at Valpo, learned about the competition they faced and walked around campus, it was an easy decision. Competing at the Division-I level has always been a dream of mine. The Valpo coaches were extremely friendly and I felt comfortable talking to them about a variety of topics. I felt a sense of relief after signing.”

A varsity team captain in high school, Ilitch earned all-state in Michigan in 2020. He was ranked 26th in the state of Michigan by Perfect Game and was a starting catcher and outfielder for Little Caesars travel club. He was voted to a high school all-star game, earned academic all-state in 2020 and received All-Catholic League and Academic All-Catholic League honors in 2019 after helping his team finish as the state runner-up. He also contributed to his team’s state semifinal appearance in 2017.

“Pat took a gap year out at IMG to have the opportunity to play against better competition and more experienced players,” Schmack said. “Receiving is probably his best quality at this point. He also has good speed and his offense has progressed nicely over the last year. We like his makeup and intangibles, which are important to us at the catcher position. He’s also made some recent gains in the weight room.”

Ilitch served as student body president as a senior and graduated with a 4.07 GPA. He also filled the role of class president during his sophomore and junior years and took several honors courses including Spanish, calculus and sciences. A recipient of the Carol Neuman Award for finishing in the top 10 percent of his graduating class, Ilitch completed volunteer work at a local food bank. He also earned a national Spanish merit award and was a team captain in football in 2019.

“I think I’m definitely a defensive catcher with a strong arm,” Ilitch said. “I’m able to block well and receive. I’m not slow for my position and can also play some outfield. I’ve been working on my hitting and think that will get better and better as time goes on. Going to IMG this year will help make it a seamless transition to Valpo because I’m starting to see faster pitching. I can’t wait to get to Valpo and be a part of the program next year.”