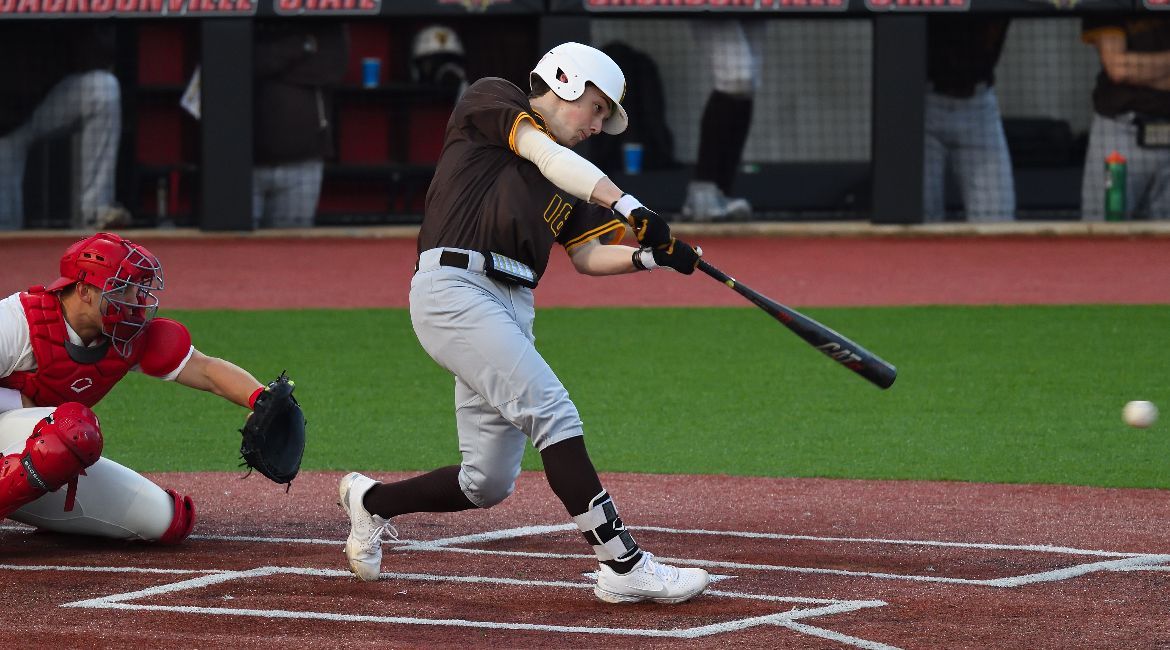 Freshman Parker Johnson had two hits including the game-tying single in the ninth on Friday.
Valparaiso at Jacksonville State | February 26, 2021

The Valparaiso University baseball team rallied to tie the game in the top of the ninth on Friday at Jim Case Stadium in Jacksonville, Ala., but host Jacksonville State responded with a run in the bottom of the frame to walk off with a 5-4 victory. A clutch, two-out hit by Parker Johnson (Golden Valley, Minn. / Hopkins) tied the game in the top of the ninth, but the Gamecocks (2-3) used their own piece of two-out hitting to win the game on a Jay Williams single.

Valpo (1-3) will attempt to bounce back as the two teams engage in a doubleheader on Saturday starting at 1 p.m. CT. No live video will be available, but a link to live stats can be found on ValpoAthletics.com.