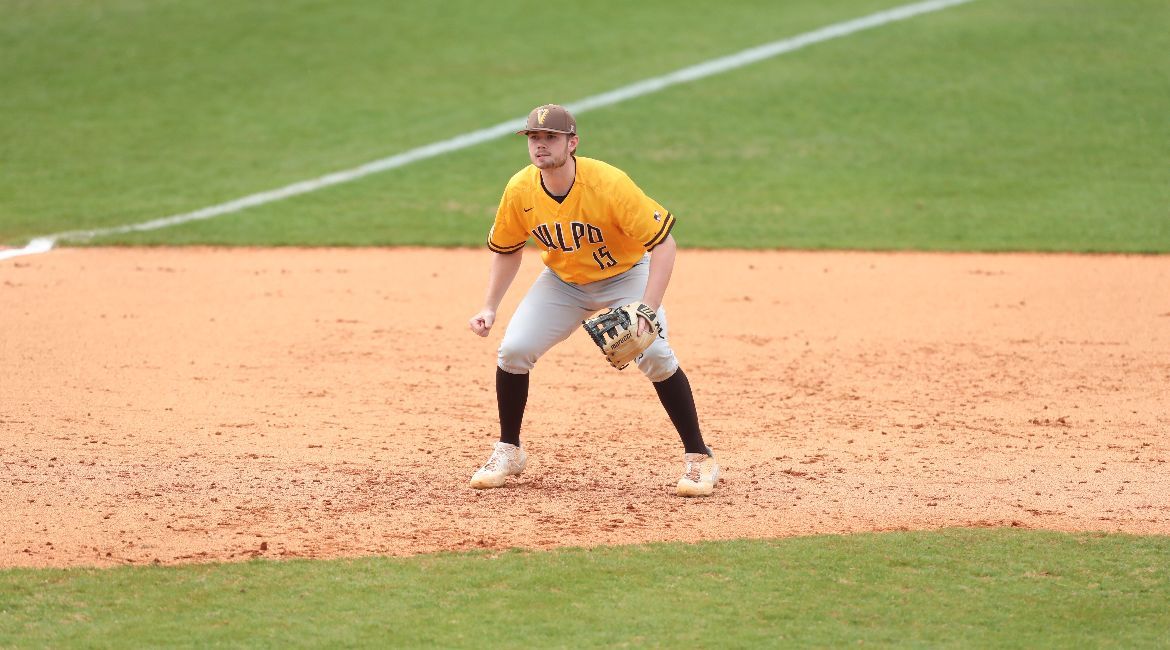 Next Up in Valpo Baseball: For the third time in the first four series of the season, the Valparaiso University baseball team will visit a Conference USA foe this weekend. After strong pitching was on display throughout last weekend’s set at Middle Tennessee State, Valpo will visit a familiar venue as it returns to the site of its 2020 season opener to once again clash with Western Kentucky for a three-game weekend series in Bowling Green, Ky.

Last Time Out: Valpo split last weekend’s four-game tango with Middle Tennessee State thanks in large part to dominant pitching throughout Saturday’s doubleheader, which was scheduled as a pair of seven-inning affairs. Colin Fields threw a no-hitter in the opener to propel the team to a 5-0 victory, then Trent Turzenski yielded two runs on just three hits in seven innings in the nightcap. That contest went extra innings as Riley Dent drove in the go-ahead run with a single in the top of the eighth before Jon Tieman came on to nail down the save. Middle Tennessee prevailed 5-2 in Friday’s series opener and 5-0 in Sunday’s finale.

On the Air: The first two games of the series on Friday and Saturday will have live video available via Facebook Live courtesy of Western Kentucky Athletics. All three games will feature a live radio broadcast. Links to live video, audio and stats will be available on ValpoAthletics.com.

Series Notes: Valpo dropped two of three in last year’s visit to Western Kentucky, but salvaged the series finale 5-3 in 10 innings. Damon Jorgensen drove in the go-ahead run with a squeeze bunt in the top of the 10th, while Riley Dent launched his first collegiate home run. Easton Rhodehouse picked up the victory with three perfect innings of relief. Bowling Green, Ky. was also the site of the collegiate debuts for current fifth-year seniors Jon Tieman, Steven Fitzsimmons, Riley Dent and Easton Rhodehouse when Valpo opened the 2017 campaign at WKU. The Hilltoppers hold a 6-3 edge in the all-time set, which began in 1981.

In the Other Dugout: Western Kentucky