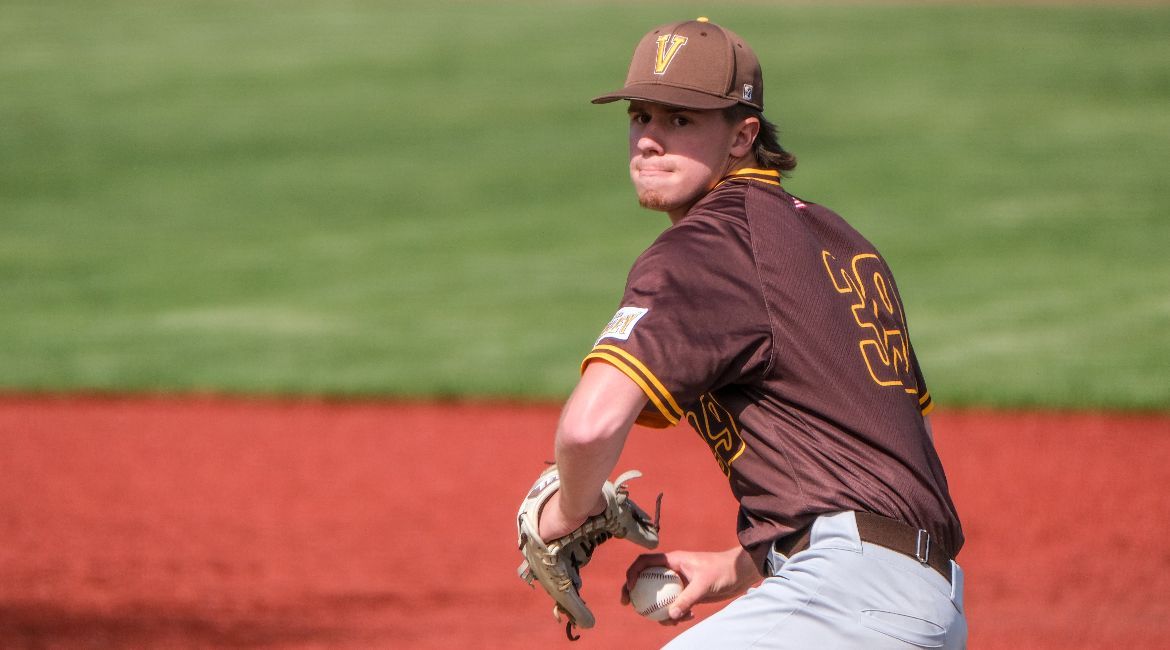 Next Up in Valpo Baseball: At long last, the Valparaiso University baseball team will host home games this weekend. For the first time since May 14, 2019, Valpo will play on its home field as Southern Illinois comes to town for a four-game, Missouri Valley Conference series. The series will begin with a doubleheader on Friday starting at noon. That will mark the first games on the new Emory G. Bauer Field turf.

Last Time Out: Valpo dropped all four games in a road series at No. 23 Indiana State. Brady Renfro batted a team-best .333 during the series and launched a home run. Riley Dent posted a .308 average over the four games.

On the Air: Games will be broadcast on the Valpo Sports Network (95.1 FM Valparaiso, TuneIn Radio app) over the course of the weekend. Links to live audio and stats will be available on ValpoAthletics.com.

Series Notes: Valpo holds a 6-3 lead in the all-time series with Southern Illinois and a 4-2 mark in Missouri Valley Conference matchups. The Brown & Gold swept all four from the Salukis in the most recent series between the two clubs, May 10-12, 2019 at Emory G. Bauer Field. Valpo won the opener of that set 5-4 in 14 innings behind a stellar relief outing by Easton Rhodehouse, who did not allow a hit or run over six dominant innings of relief while striking out eight. Rhodehouse earned conference and national Pitcher of the Week honors for that effort. Valpo went on to take the final two games of the series 7-1 and 4-1. The all-time set began in 1966 when the two teams faced off in an NCAA University Division Playoff Game in Columbus, Ohio, a 4-3 Valpo victory.

Road Warriors
Valpo will finally play its first home game of the season on Friday when Southern Illinois comes to town. Head coach Brian Schmack’s group is the only team in the nation that has not played a home game in 2021. Indiana State was the second-to-last team nationally to play at home when it hosted Valpo last weekend. Valpo has played 45 straight games away from Emory G. Bauer Field since its last home date, a 4-3 victory over Chicago State on May 14, 2019. Valpo’s last home series was against these same Salukis on May 10-12, 2019.

Turf Time
The Valpo home opener will mark the debut of the new-look Emory G. Bauer Field, which now features synthetic infield turf. The project was made possible by lead gifts from Valpo alumni Lynn Scheutzow ’74 Young and Carl Young ’73 and the Deetjen family. The Young and Deetjen families both had sons who played baseball at Valpo.

Lengthy Streaks
A pair of lengthy individual streaks came to an end during Valpo’s series at Indiana State (April 16-18). Freshman first baseman Kyle Schmack saw his 12-game hitting streak reach its conclusion. That marked the program’s longest such streak since Nate Palace’s 14 gamer in 2017. In addition, senior outfielder Steven Fitzsimmons saw his on-base streak end at 18. He became the first Valpo player to reach that number since Giovanni Garbella in 2018. Valpo’s longest active on-base streak now belongs to Brady Renfro, who enters this weekend’s series against the Salukis having reached in 13 straight.

In the Other Dugout: Southern Illinois