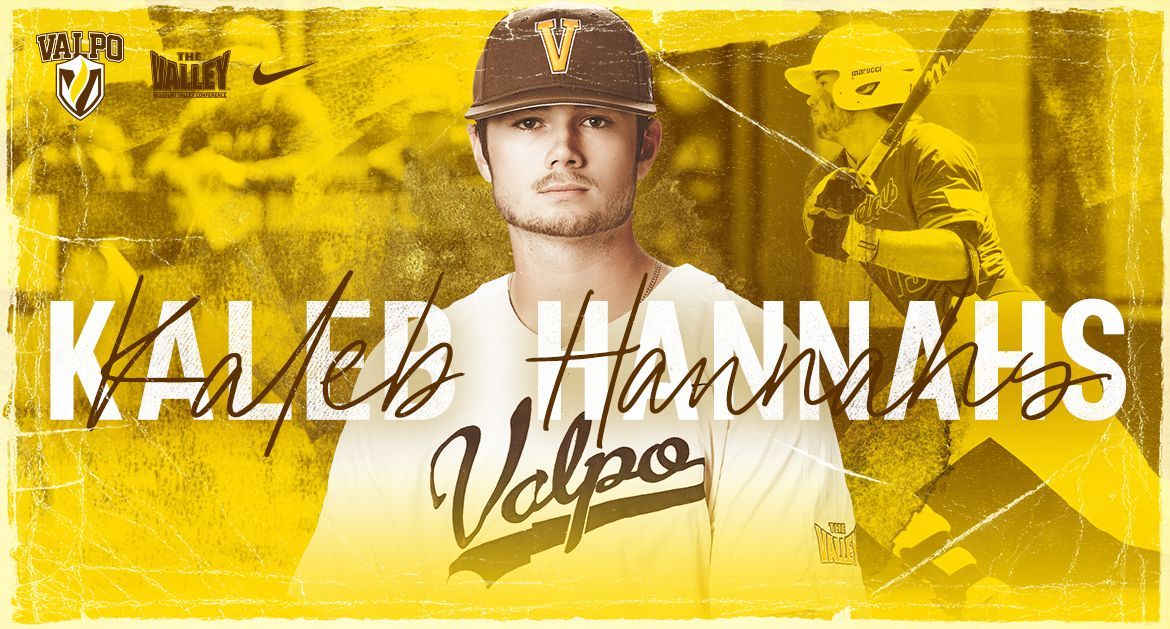 After the Valparaiso University baseball team enjoyed its best offensive weekend this season en route to a series victory over Illinois State, freshman infielder Kaleb Hannahs (West Terre Haute, Ind. / West Vigo) received recognition from the Missouri Valley Conference on Monday as he was tabbed the MVC Player of the Week.

Hannahs put together an eye-popping slash line of .556/.636/.667 during five games this week, leading the team in both batting average and on-base percentage in that stretch. He upped his season average to a team-best .306 and also leads the squad in OBP at .396.

The third baseman started his week with a 3-for-4 performance in a near upset of a top-10 foe as Valpo fell 8-7 at No. 8 Notre Dame. He became the second Valpo player with a four-hit game this season by putting together a 4-for-4 effort in Game 1 of Saturday’s doubleheader vs. Illinois State. Hannahs added two more hits and three runs scored in the second game of the twinbill. He helped Valpo finish out the series victory with a go-ahead single in the third inning of Sunday’s series finale, then walked and scored in the seventh to help the Brown & Gold prevail 7-6.

Hannahs also played flawless defense at the hot corner this week, recording 13 assists and four putouts without committing an error. The rookie becomes the first Valpo individual to earn MVC Player of the Week recognition this season and garnered the team’s third MVC weekly honor as Colin Fields owns a pair of MVC Pitcher of the Week accolades. This marks Valpo’s first MVC Player of the Week since Sam Shaikin on Feb. 26, 2018.

As a team, Valpo batted .317 during the five games this week, averaging 7.4 runs per game. The team has won back-to-back MVC series and will return to action at Bradley for a four-game set that starts on Friday night in Peoria.