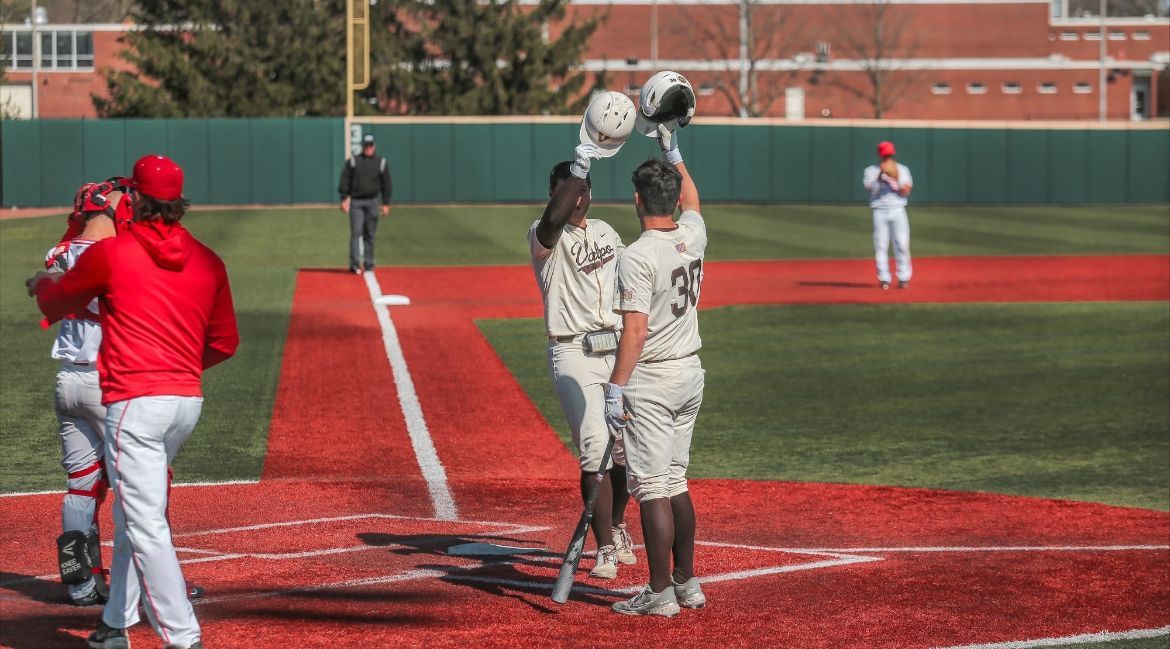 The Valparaiso University baseball team pounded out eight extra-base hits including three home runs on Saturday afternoon at Duffy Bass Field in Normal, Ill., coasting to a 10-2 victory over host Illinois State to even this weekend’s three-game series at one victory apiece. Kyle Schmack (Wanatah, Ind. / South Central) enjoyed a two-homer game to back the effort of starting pitcher Jake Miller (Chester, N.Y. / Don Bosco Prep), who was perfect through four and delivered 5 2/3 quality innings. Valpo picked up its most lopsided win in league play since joining the Missouri Valley Conference.

Valpo (12-18, 1-4 MVC) and Illinois State will round out the three-game series with an Easter Sunday matinee that begins at 1 p.m. at Duffy Bass Field in Normal. The game will be broadcast on ESPN3. Links to live video, audio and stats can be found on ValpoAthletics.com.