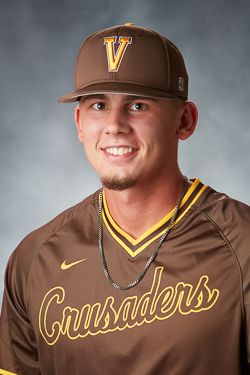 2020: Made one appearance during the COVID-19 shortened season, working 1/3 of an inning out of the bullpen on Feb. 29 vs. Southern Miss.

Prep/Previous School: Four-year letter winner in baseball… Named all-conference as a junior and senior… Also won four varsity letters in basketball and was a two-time all-conference performer on the hardwood… Played travel baseball for the Richmond Outlaws and won an East Coast National Championship... Was an NJCAA Academic All-American and was an A/B honor roll student in high school... Is a position player turned pitcher.