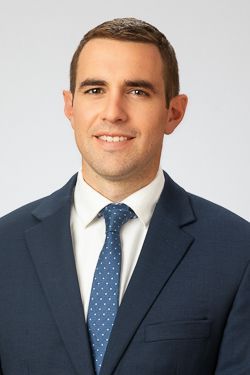 Over the last three seasons, Dougherty has been on staff for 12 Pioneer Football League victories, the most in a three-year period in program history. The program finished with a PFL record of .500 or better for a third consecutive season in 2022, the first time that has occurred since 1998-2000. Prior to that, Valpo had not had a stretch of three straight years with a league record of .500 or better since 1961-1964.

The program won four PFL games in the same season just once in the 26 seasons prior to this staff’s arrival. Now, the program has reached that threshold in three straight seasons and three of the first four years with Dougherty on staff (Spring 2021, Fall 2021, 2022).

Dougherty’s fourth season saw the program accrue 70 tackles for loss, tied for the fifth most in a single season in program history. Prior to Dougherty’s arrival, Valpo last had 70+ TFL in a season in 2007 and had done so just once since 1985. Now, the team has boasted 70 or more TFL in each of his three full seasons as defensive coordinator (Spring 2021 was shortened to six games due to COVID-19).

Four members of Dougherty’s defense were recognized when the 2022 All-PFL teams were released – Ben Hines (First Team), Sam Hafner (Second Team), Kohton Sherman (Second Team) and Kevin Spelman (Honorable Mention). Spelman was also named to the Jerry Rice Award Watch List (FCS National Freshman of the Year), and three defensive players were honored on the Academic All-PFL Teams including two on the First Team. Sherman had a stretch of four straight games with an interception including a 95-yard pick six at Marist, shattering a program record of 94 that had stood since 2000.

Dougherty’s defense held rival Butler to just three points in a 47-3 victory on Nov. 13, 2021, the first time Valpo went on the road and held an opponent to three points or fewer since 2006. That helped the team shatter a program record for margin of victory against a Division-I opponent.

The team notched 32 sacks in Fall 2021, the program’s most since 2000 and fifth-most in a single season in program history. Valpo ranked 15th nationally in FCS and led the PFL in sacks per game at 2.91. Valpo was also among the national leaders in tackles for loss per game at 7.3, ranking 15th in FCS. The team’s 80 TFLs were its most since 1984 and the second most in program history. Valpo had 18 tackles for loss in a single game vs. Presbyterian, tied for the most in the Division-I nation (FCS and FBS). The team’s 10 sacks vs. the Blue Hose were tied for the fifth most in FCS. Valpo had its highest single-game TFL total since at least 2004 and the program’s first double-figure sack total in over 20 years. Valpo had two safeties in a single game vs. Dartmouth, the first time the program recorded two safeties in the same season – let alone the same game – since 2006.

Trejuan Purty finished the Fall 2021 season with 15 tackles for loss, tied for the fifth-most in single-season program history. He recorded five TFL vs. Presbyterian, tied for the fifth most in the FCS nation in a single game during the season. Austin Martins had 4.5 TFL vs. San Diego, tied for the 14th most nationally in a single game, while Gavin Twigg’s four vs. Presbyterian tied for 26th. Another individual defensive highlight came courtesy of Jamauri Jackson, who had an 83-yard interception return for a touchdown, Valpo’s longest pick six since 2000.

During his first year in 2019, Dougherty’s leadership made an immediate impact on the defensive side of the ball. He oversaw a unit that had a knack for dropping opponents behind the line of scrimmage as Valpo racked up 70 tackles for loss, the program’s most since 2007 and tied for the fourth-most in a single season in program history. Valpo had seven or more tackles for loss in four different games, a feat the team had achieved just once in the previous three seasons combined.

Dougherty also coached three All-PFL Honorable Mention recipients and two Academic All-PFL Second Team honorees on the defensive side of the ball during his first year in charge of the unit. He was part of Valpo’s first victory of the Landon Fox head coaching era on Oct. 26, 2019 as Valpo topped Stetson 19-10. That win came behind a dominant defensive showing as Valpo allowed 10 points or fewer in a game for just the fourth time in a 19-year span. Stetson entered the contest ranked first in the FCS nation in total offense. The Hatters came into the game with a 5-1 record, the first time Valpo beat a team that stood at 5-1 or better since 2003.