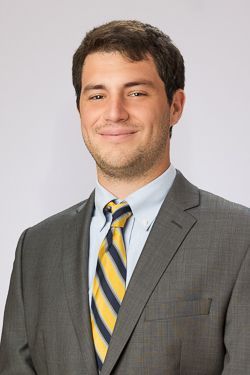 Yoni Offit joined the Valpo football coaching staff for the Fall 2021 season as a defensive quality control coach and transitioned to nickelbacks coach for the 2022 season.

Offit was part of a Valpo coaching staff that led the team to its second straight season with a Pioneer Football League record of .500 or better during the Fall 2021 campaign. That marked the first time Valpo had achieved that feat in consecutive seasons since 1999 and 2000. The Beacons won four Pioneer Football League games in the same season for just the third time ever (2017 and Spring 2021) and four league games in any conference for just the third time since 1968.

Offit arrived at Valpo after graduating from Syracuse University with a degree in sports management in 2021.