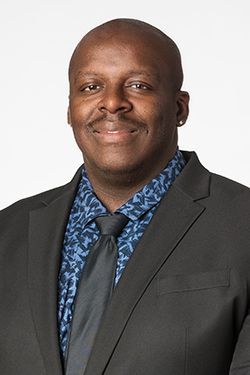 Vernell Price joined the Valpo football coaching staff as the defensive tackles coach prior to the 2022 season.

Price has previous experience in the Pioneer Football League as he spent the last year working with defensive backs and as a defensive analyst and defensive quality control coach at the University of San Diego. Prior to that, he served as the head coach and play caller for the Shanghai Sharks and Hangzhou Generals from 2016-2020. During his playing days, Price was a defensive lineman at the University of South Dakota from 2010-2012. He started his collegiate career at San Diego Mesa Community College from 2007-2009.

“Vernell is a unique story,” head coach Landon Fox said. “He intrigued me because of his teaching background. He’s taught at a number of different places and was in China for several years. He has experience in our league having worked at San Diego this past year. He understands the student-athlete part of what we do here at Valpo and recognizes the importance of bringing in good football players but more importantly, good students and good people.”