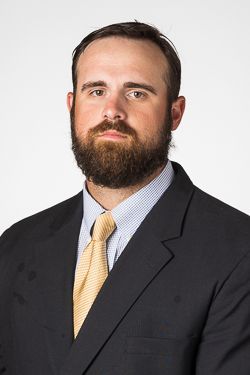 Spencer Duncan joined the Valpo coaching staff prior to the 2022 season as tight ends coach.

Duncan was a walk-on tight end at Alabama in 2011 and 2012 and was part of two national championship teams. He graduated from Alabama with an undergraduate degree in communications in December 2015.

What They’re Saying About Coach Duncan

Marcus Arroyo, UNLV Head Football Coach: “Spencer has a wide range of experience in college football at the FBS, FCS and junior college levels. He has coaching experience on both sides of the ball, and showed his commitment and work ethic for us the last two seasons. He has a bright future.”

Peter Hanson, Denver Broncos Linebackers Coach, Former UNLV Defensive Coordinator: “Spencer dove head first into an unfamiliar job with us at UNLV and made it his own. We asked an offensive guy to help us on defense, and he did a great job. I hope that experience helps his future as a coach. I’m very excited for him to earn this opportunity at Valparaiso.”