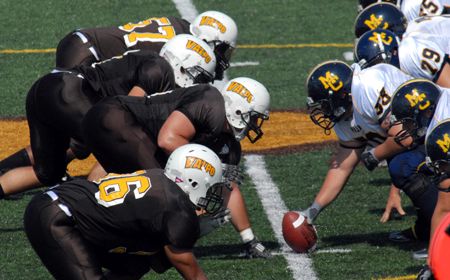 Valparaiso University has been projected to finish in ninth place in the Pioneer Football League for the 2009 season according to the preseason balloting done by the league’s head coaches which was released Monday (Aug. 10).

San Diego was picked to win the title, with last year’s champion Jacksonville and Dayton sharing the second spot in the voting.  Morehead State and Butler were tabbed fourth and fifth respectively followed by Drake and Davidson.  Marist, a PFL newcomer for the upcoming season was selected just ahead of the Crusaders while Campbell rounded out the poll.

Ballots were tabulated with nine points awarded for a first place vote, with one point less being awarded for each succeeding place.  Coaches were not allowed to vote for their own school.