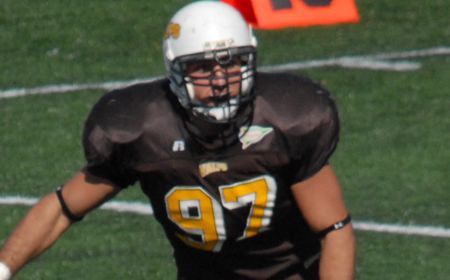 Valparaiso University’s Nikko Carson (Homer Glen, Ill./Lockport Township H.S.) has been named the Pioneer Football League’s Defensive Player of the Week for his efforts in Saturday’s loss at Drake.

The sophomore defensive lineman finished the afternoon with eight tackles, all solo stops.  More impressive, he had four quarterback sacks on the afternoon, which are the most in all of NCAA-FCS this season for a single game.  Carson helped the Crusader defense log seven total sacks on the day.

Carson and Valpo will return to Brown Field on Saturday afternoon for the annual Homecoming game for the Crusaders when they host San Diego.  Kickoff is set for 1 p.m.