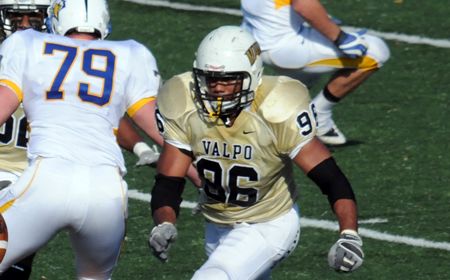 For Rundh, it is yet another academic honor in addition to being named a ESPN The Magazine First Team Academic All-America selection this year after being a Second Team selection a year ago.  He is also a three-time Academic All-District V pick.

The senior defensive lineman tallied 36 tackles in 2009, including seven for loss.  He had 3.5 quarterback sacks, two pass break-ups, and three other quarterback hurries.  He also blocked an extra point attempt in the season finale against Morehead State.

Rundh finished his career with the Crusaders with 124 total tackles, a forced fumble, a fumble recovery, and four blocked kicks.  He had 33 tackles for loss, including 14 sacks.