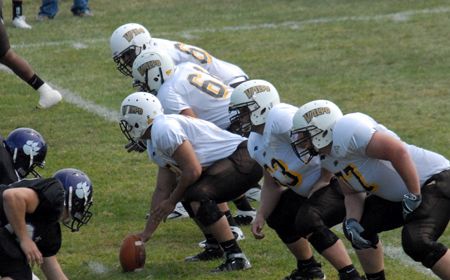 Valparaiso University head coach Dale Carlson has announced the Crusaders’ 2010 football schedule, which will see the Brown and Gold play at home five times during the 11-game slate.

The Brown and Gold will kickoff the campaign, Carlson’s first as Crusader head coach, on September 2, as Valpo heads to Macomb, Ill. to battle Western Illinois, members of the Missouri Valley Football Conference, an NCAA I-FCS scholarship league.  One week later, Valpo heads to Franklin College before opening up the 2010 home campaign at Brown Field on September 18 against longtime Northwest Indiana rival Saint Joseph’s.

Valpo’s homestand continues September 25 as Drake visits for the Pioneer Football League opener as well as Homecoming on the Crusader campus.  After a trip to Dayton to open the month of October, the Crusaders return home for back-to-back games against Marist and Jacksonville.  The battle with Marist takes place on October 9 as part of Parents’ Weekend.

The Crusaders head to San Diego on October 23 before closing out the home campaign October 30 against Butler in the Battle for the Hoosier Helmet.  Valpo will take to the road for its final two games, Campbell and MoreheadState, ending the year in Morehead, Ky. on November 13.