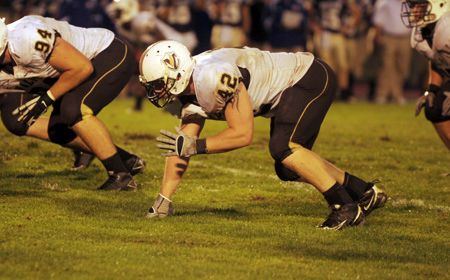 This Week in Crusader Football: Valparaiso returns to Brown Field on Saturday afternoon for the third time in four weeks as the Crusaders host Marist College.  The game is part of Parents Weekend on the university campus, and also begins another two-game homestand for the Brown and Gold.

On the Air: For the sixth straight season the Valpo Sports Radio Network will be home to all 11 Crusader football games in 2010.  The Valpo Sports Radio Network consists of WAKE (1500-AM, Valparaiso) and WE-FM (95.9-FM, Michigan City).  Todd Ickow will handle all the play-by-play with Andy Viano adding the color commentary this week.  The game can also be heard live online at www.valpoathletics.com.  Live stats will also be available for the game through www.valpoathletics.com.

Head Coach Dale Carlson: Dale Carlson is 0-5 in his first season with the Crusaders and 110-108-3 overall entering his 22nd season as a collegiate head coach.  He arrived at Valpo from Ohio Dominican where he was 7-3 last season and 36-27 over six years.  Carlson began the Ohio Dominican program from scratch in 2004, just as he did at Tri-State University prior to his tenure with the Panthers.  He is now the 16th head coach in Valpo history, and just the seventh since 1946.

Series Notes: Marist makes its first trip ever to Brown Field on Saturday after the Crusaders and Red Foxes met for the first time last season.  Marist defeated Valpo 24-0 on October 31, 2009 in Poughkeepsie, N.Y.  Valpo trailed just 7-0 at the half, but 17 third quarter points by Marist proved to put the game out of reach.

Wrapping Up Drake: A 58-yard touchdown pass from Nate Goergen to Sean McCarty tied the game at seven midway through the first quarter, but Dayton returned the ensuing kickoff 82 yards for a touchdown and Valpo was never able to recover as the Flyers defeated the Crusaders 48-14 last Saturday in Ohio.  Bobby Wysocki added a one-yard touchdown run for Valpo midway through the fourth quarter.  Matt Heinen led the way defensively with 10 tackles, including seven solo stops, while Grant Bushong intercepted his first collegiate pass.

Scouting Marist: The Red Foxes are also looking for their first Pioneer Football League victory of the season as well as snap a two-game losing skid after being shut out 42-0 at Drake last Saturday.  Quarterback Tommy Reilly has completed 63-of-113 passes for 857 yards and six touchdowns while Calvin McCoy has 41 carries for 163 yards.  James LaMacchia has hauled in 33 passes already this year, including three touchdowns.  Defensively, Tyler Ramsey has made 38 total tackles, including 2.5 for loss, while Rory Foley has 34 stops and an interception.

McCarty Makes Big Plays: Sean McCarty hauled in a 58-yard touchdown pass from Nate Goergen last Saturday, tying the game at seven midway through the first quarter.  It was McCarty’s third reception of more than 30 yards already this season.  He caught a 31-yard pass at Franklin and had a 47-yard reception in the home opener against Saint Joseph’s (Ind.).

Wood Earns National Honors...: Crusader punter Greg Wood was honored by the College Football Performance Awards as an Honorable Mention Punter of the Week in NCAA I-FCS after his efforts at Dayton.  Wood averaged 46.7 yards per punt over seven kicks, landing a pair inside the Flyers’ 20-yard line.  He had three punts of 50 yards or more, including a long of 55 yards.

... And Also Ranks Among National Leaders: Greg Wood also ranks 25th among all NCAA I-FCS punters averaging 41.3 yards per kick.  In 28 punts this season, seven have landed inside the opponent’s 20 yard line while five have traveled 50 yards or more, including his season long 55-yarder last week at Dayton.

Heinen Paves the Way on Defense: Linebacker Matt Heinen registered 10 total tackles, including seven solo stops last week at Dayton, and has taken over the team lead with 36 tackles on the season.  The sophomore has three tackles for loss and two pass breakups as well this year.

Among the Nation’s Best Getting in the Backfield: Valparaiso has already registered 40 total tackles for loss this season, averaging 8.0 per game.  That total is 10th among all NCAA I-FCS schools this season, and leads the Pioneer Football League.

Walking Wounded: Valpo has suffered a rash of injuries already this season which has affected nearly every part of the game.  A total of 36 different players have already drawn starting assignments.

Well Behaved Men: Valparaiso has only committed six penalties for a total of 35 yards over the last three games.  The Crusaders rank second in the PFL averaging just 25.0 yards per game in penalties while the opponents have been flagged for an average of 75.4 yards per contest, second most in the conference.

This and That: Grant Buschong had his first collegiate interception last Saturday at Dayton ... both of Valpo’s passing touchdowns this year have been from Nate Goergen to Sean McCarty.