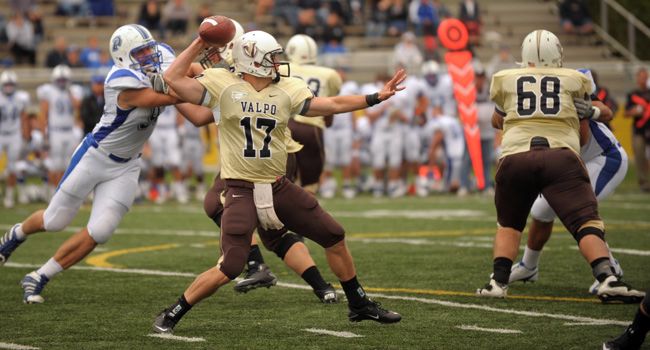 Nate Goergen was one of three Crusaders selected to the NFF Honor Society. (Stacey LaCalamita)

Three Valparaiso University football players that just graduated this past season were among the 671 total players selected nationwide as members of the National Football Foundation & College Hall of Fame (NFF) Hampshire Honor Society.

Qualifications to be considered for membership in the NFF National Honor Society include being a starter or a significant substitute in one’s last year of eligibility, achieving a 3.2 cumulative grade point average through undergraduate study, and meeting all NCAA-mandated progress towards degree requirements.