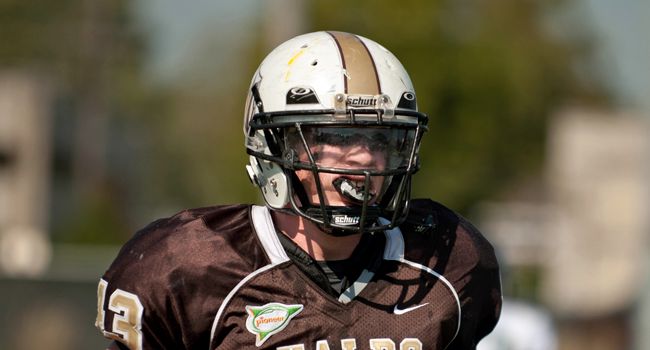 Pat Derbak was one of two Crusaders to earn preseason honors. (Stacey LaCalamita)

Derbak finished second among Crusaders last season with 73 tackles, including 36 solo stops. He also ranked second on the squad with six tackles for loss and forced one fumble. As a sophomore in 2011, Derbak led Valpo and finished third in the PFL with 87 tackles, 48 of which were of the solo variety.

Hutson, who last week was named to the CFPA preseason watch list for its FCS All-Purpose Performer of the Year award, closed out his rookie campaign in 2012 with 753 rushing yards, the highest single-season total by a Crusader since 2008 and fourth-most among FCS freshmen. Hutson led all PFL freshmen in a number of categories, including rushing yards/game (68.5), all-purpose yards/game (110.5) and offensive touchdowns (8). The sophomore averaged nearly 20 yards per kick return as well.