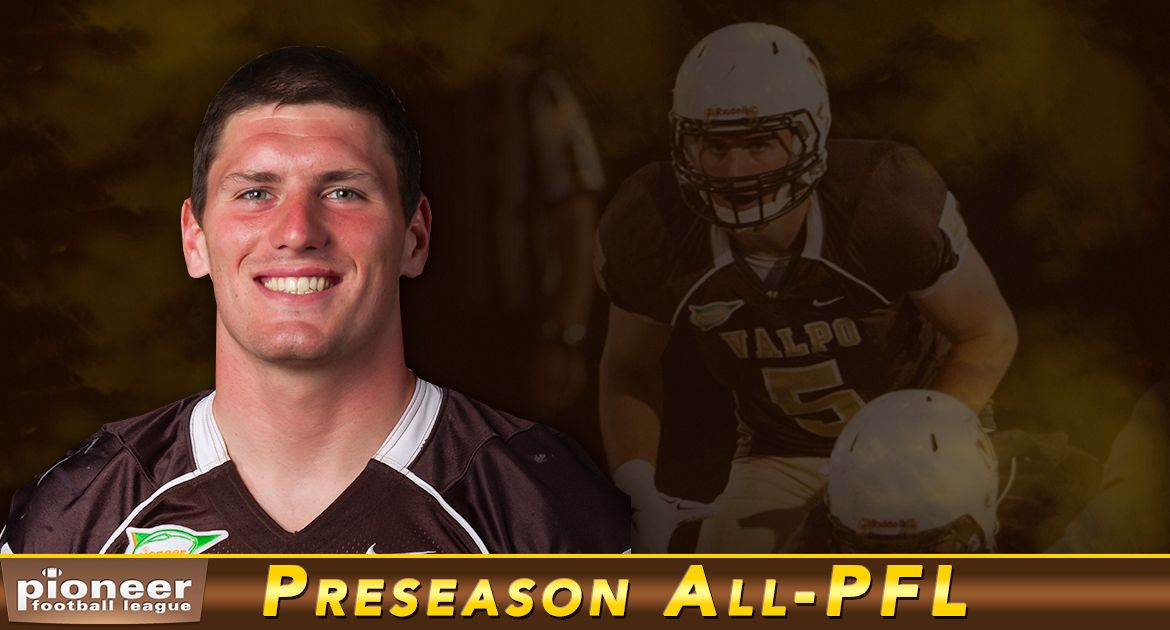 One of the pillars of a vastly-improved Valpo defense received accolades as the Pioneer Football League announced its preseason awards Wednesday morning.

Green spearheaded a defensive unit in 2014 that realized a 156-point improvement upon the year prior. Furthermore, the Crusader defense surrendered 406.4 yards per game last fall compared to 506.5 in 2013. Green is in search of his third consecutive 100-tackle season in 2015.