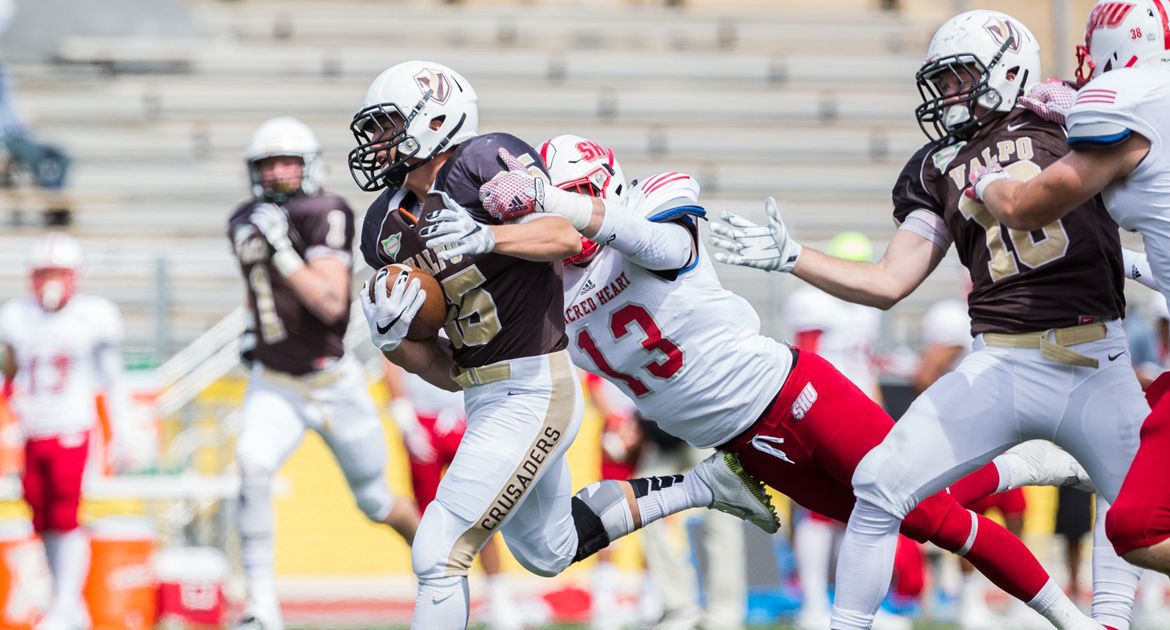 A stout running game led by Ose Imeokparia and Nate Chavious boosted visiting Sacred Heart to a 56-3 over Valpo at Brown Field on Saturday.

Imeokparia made the Brown and Gold pay on SHU's ensuing possession when he recorded his second of three rushing touchdowns on the day.

Valpo made its way deep into Pioneer territory on its next drive, but an interception brought a halt to any momentum from the home team. A nifty 24-yard pitch-and-catch by Stokes and freshman Connor Van Ginkel (La Crescenta, Calif./Crescenta Valley) prefaced a 15-yard roughing the passer penalty that moved the Crusaders into scoring position prior to the pick.

As was the story much of the afternoon, Sacred Heart controlled the running game.

Overall, the Pioneers accumulated 255 yards on the ground as they rattled off the first 42 points of the tilt.

Jacob Newman (Lawrenceburg, Ind./Lawrenceburg) split the uprights on a 39-yard field goal attempt in the fourth quarter to avoid the shutout.

Despite surrendering 56 points, J.J. Nunes (Baltimore, Md./Baltimore Lutheran) stood out on defense. He forced a pair of fumbles, recovered one, and logged ten tackles.

Valpo (0-2) will continue its homestand next Saturday versus College of Faith (Ark.) at 1:00 pm. The Warriors own an 0-1 record.