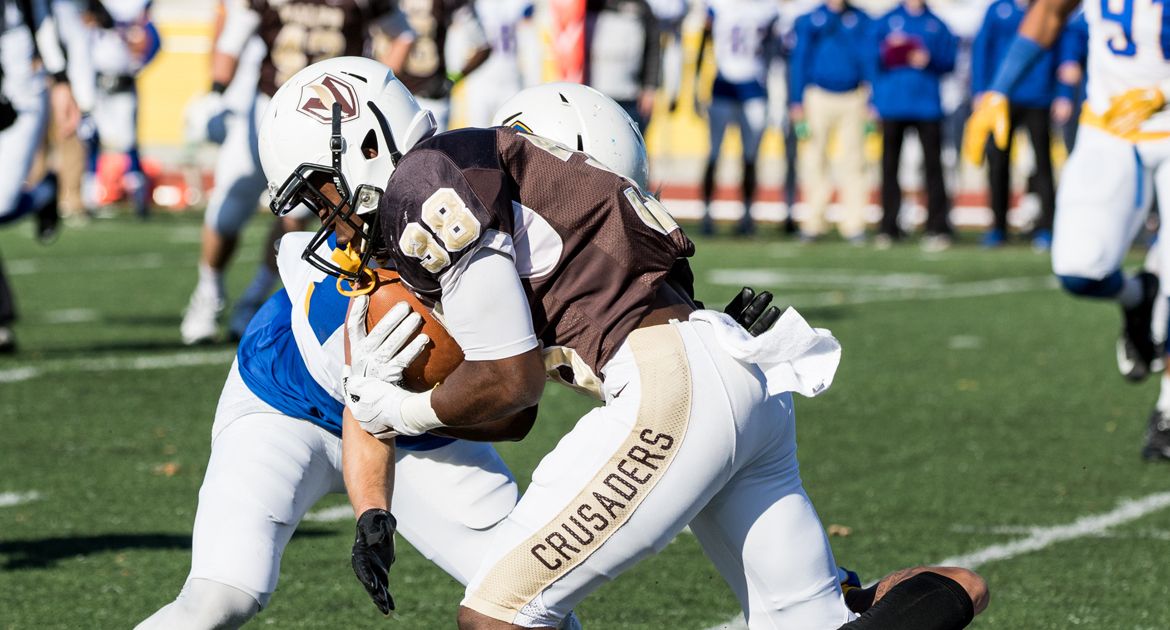 The Valparaiso University football team kept it close early for the second straight week, but 28 second-quarter points helped Sacred Heart pull away for a 42-14 victory over the Crusaders in Fairfield, Conn. on Saturday.

“Sacred Heart did a good job of spreading it out and forcing us to play the field. Their speed advantage and quickness on the edge hurt us. Sacred Heart’s scheme is great and they’ve got a veteran quarterback who can run it. That’s awfully tough to beat.”

The Crusaders (0-2) will kick off the home portion of the season next Saturday as they host Trinity International (1-1). The game is slated to begin at 1 p.m. and can be seen live on ESPN3, WatchESPN and the ESPN app, and heard live on WVUR (95.1 FM, Valparaiso). Links for the live video and audio, as well as live stats, will be available via ValpoAthletics.com.