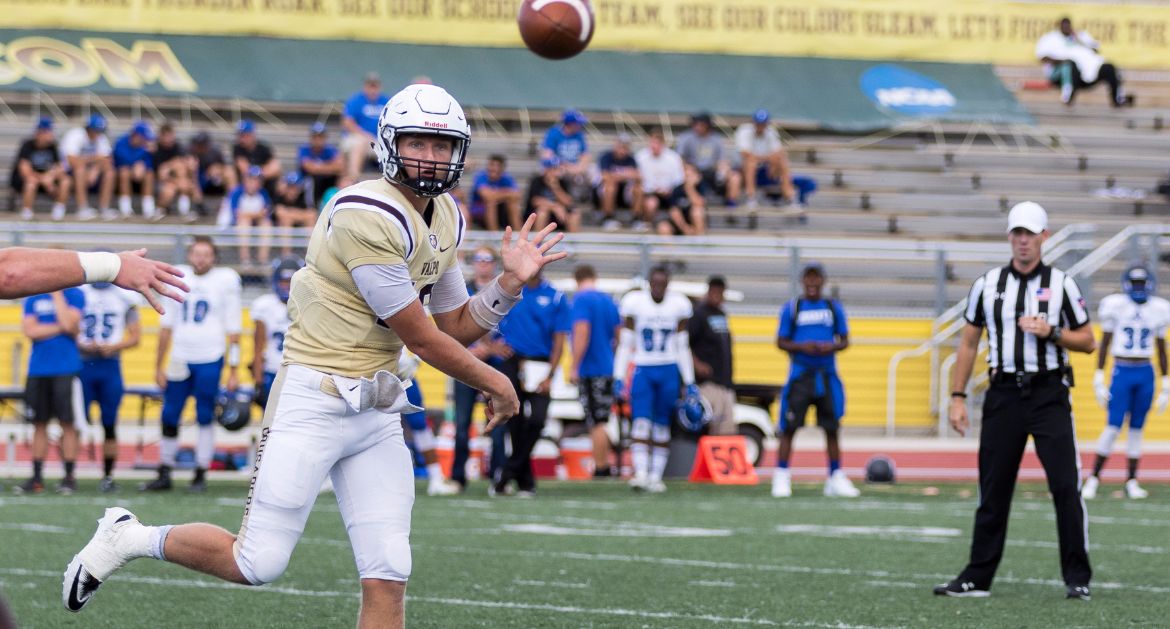 Freshman quarterback Jimmy Seewald (Livonia, Mich. / Divine Child) made his first career start a memorable one, matching a program record with five touchdown passes in the Valparaiso University football team’s 49-24 victory over Trinity International on Saturday at Brown Field. The Crusaders racked up 527 yards of total offense in the win over the Trojans.

“It’s hard to start a football game out any better than creating a turnover on the first play, and then having your freshman quarterback go out and throw a touchdown pass on your first offensive play of the game. Jimmy stepped up and made a nice throw, and Jean Rene made a great run to really jumpstart the team.”

The Crusaders (1-2) will begin Pioneer Football League play next Saturday. It’s Homecoming at Brown Field as Valpo hosts Davidson. The game is slated to begin at 1 p.m. and can be seen live on ESPN3, WatchESPN and the ESPN app, and heard live on WVUR (95.1 FM, Valparaiso). Links for the live video and audio, as well as live stats, will be available via ValpoAthletics.com.