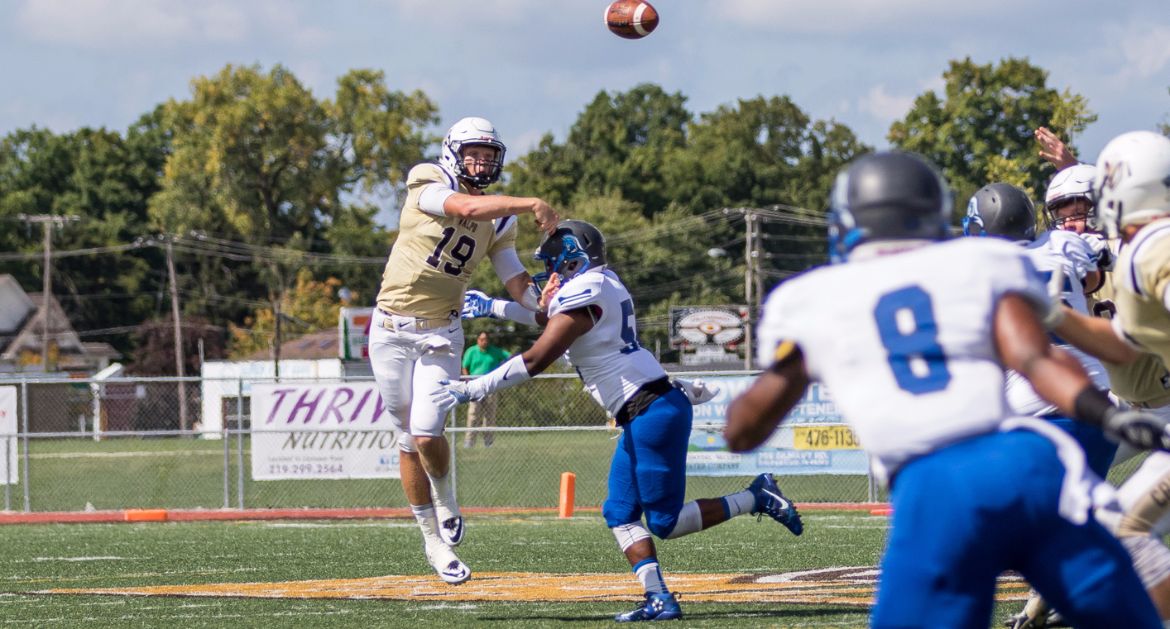 Valparaiso University freshman quarterback Jimmy Seewald (Livonia, Mich./Divine Child) has been selected as the Pioneer Football League Offensive Player of the Week today following his record-tying performance in the Crusaders’ win over Trinity International on Saturday.

Seewald began his first career start – the first start by a true freshman quarterback at Valpo since 2010 – with a 61-yard touchdown pass, and capped his day in the fourth quarter with a 14-yard toss for a score. All told, Seewald finished the day 22-of-29 through the air for 345 yards and five touchdowns, tying the Crusader program record for TD passes in a single game.

Seewald, Valpo’s third Player of the Week honoree from the PFL office in the season’s first three weeks, became the first PFL quarterback to throw for five scores in a single game this season. The freshman, who is one of just FCS quarterbacks with five TD passes in a game this year, currently ranks 11th in the FCS with seven TD passes this season and 20th in passing efficiency.