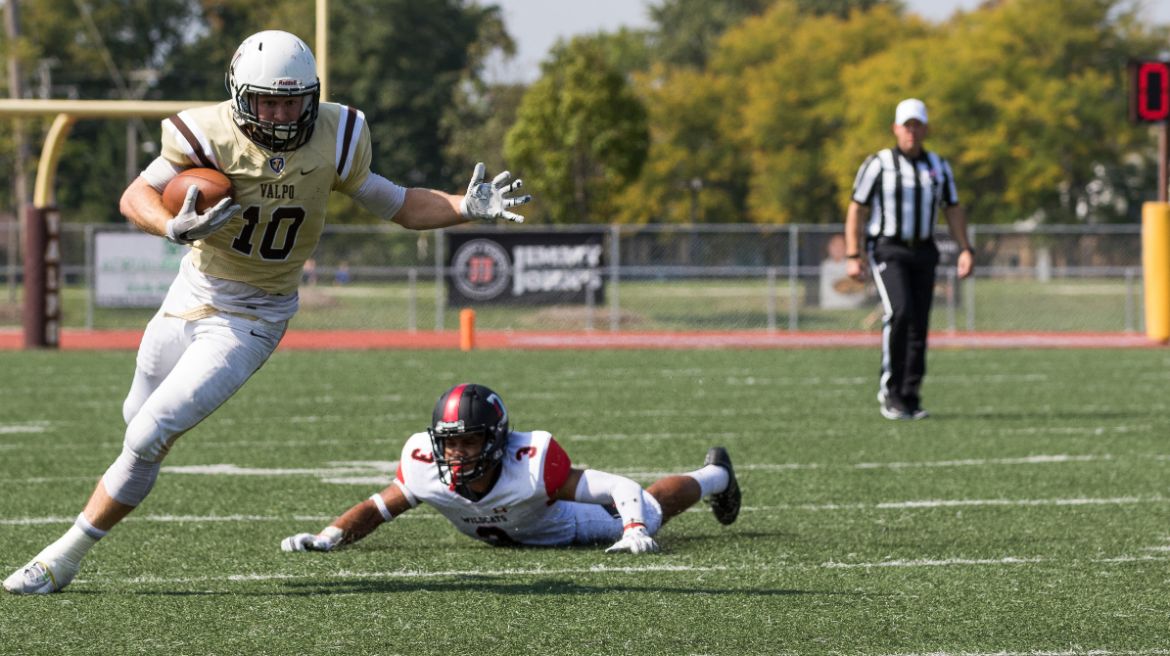 The Valparaiso University football team suffered its first home loss of the year on Saturday, falling to Drake 35-21. Joey Diaz-Martinez (Miramar, Fla. / Miramar) had the first interception return for a touchdown of his college career, while Frank Catrine (Springboro, Ohio / Bishop Fenwick) enjoyed his most prosperous receiving performance of the season.

“Physically, they beat us up. It’s encouraging if you compare this game in terms of physicality to where we were a year ago against Drake. It’s night and day. We hung in there and fought for 60 minutes. We’re much more physical than we were a year ago, but we’re not where we need to be yet. I’m proud of the way we fought, but disappointed we didn’t win enough of those one-on-one matchups. Drake is big and physical. That’s one big reason why we aren’t winning these games.”

The Crusaders (2-4, 1-2 PFL) hit the road next week as they head to DeLand, Fla. to clash with Stetson (3-2, 1-1 PFL). The game is scheduled to kick off at noon CT and can be heard on WVUR (95.1 FM Valparaiso). Links for the live audio and stats will be available via ValpoAthletics.com.