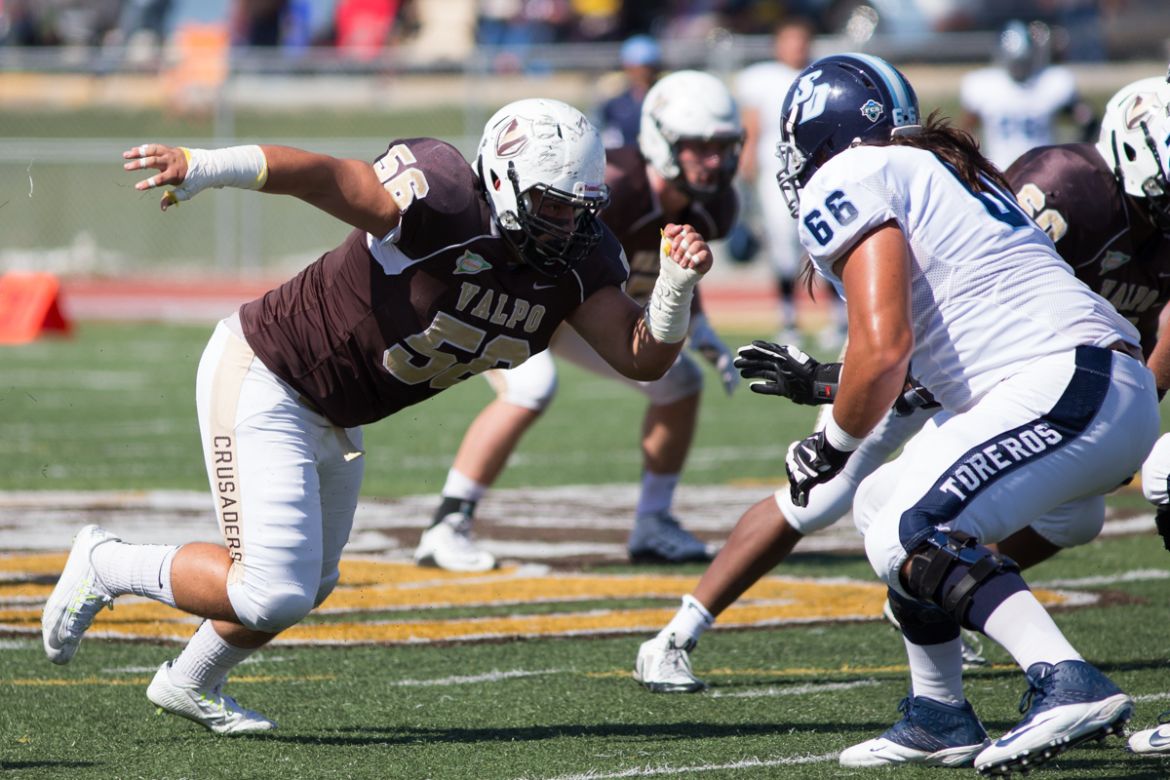 The Valparaiso University football team fended off a talented Stetson squad on Saturday afternoon in DeLand, Fla., pulling out an improbable 21-18 victory over the Hatters. The Crusaders had come close to notching signature upset victories on multiple occasions since Dave Cecchini took over as head coach, but this time they were able to hold on and seal the deal.

The Crusaders (3-4, 2-2 PFL) have another long road trip ahead of them as they travel to San Diego (5-1, 4-0) to play the first-place Toreros next Saturday. The game is scheduled to kick off at 3 p.m. CT and can be heard on WVUR (95.1 FM Valparaiso). San Diego will have a live video stream available. Links for the live video, audio and stats will be available via ValpoAthletics.com.