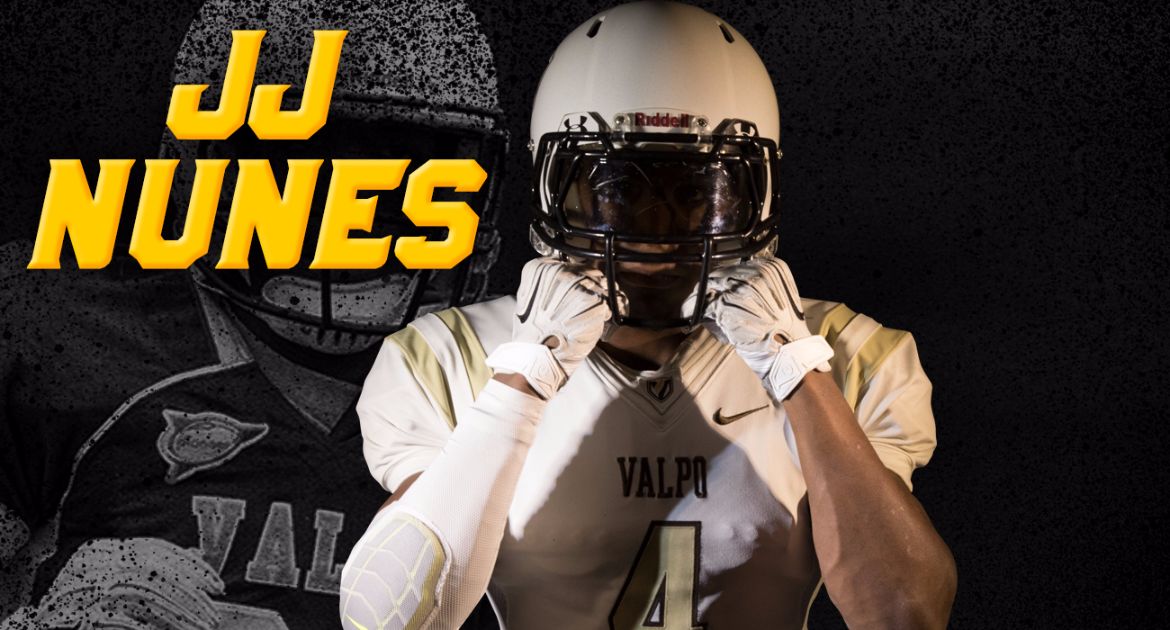 J.J. Nunes has been granted an additional season of athletic eligibility.

The Valparaiso University football program has announced that the NCAA has granted defensive back J.J. Nunes an additional season of athletic eligibility. Nunes plans to return to the Crusaders for the 2017 season.

“I would like to thank the Valparaiso University Athletic Department for their diligent work throughout this process,” Nunes said. “I am very blessed and excited to have the opportunity to represent this institution in athletic competition.”

Nunes, a two-time Honorable Mention all-PFL honoree, suffered a season-ending left knee injury in the 2016 season opener at Illinois State on Sept. 3. Nunes has only played two seasons, 2014 and 2015. He redshirted as a member of Concordia Nebraska football team in 2012, then came to Valpo and sat out 2013 due to transfer rules.

“It can be a challenge for a student-athlete to receive a sixth-year opportunity in Division I,” Valparaiso University Associate Director of Athletics for Compliance Kim Smith said. “Valpo was fortunate that the NCAA reinstatement staff was able to recognize that J.J. was deserving of one more opportunity to compete for the Crusaders.”

As a junior in 2015, Nunes finished second on the team with 76 tackles, including 48 solo stops. He also had five pass breakups and four and a half tackles for loss along with two forced fumbles, a fumble recovery and an interception.

Nunes had a breakout sophomore campaign in 2014 after being converted from running back to defensive back. He racked up 85 tackles, forced a fumble and broke up five passes.

“The value J.J. brings as a leader is even more important than what he brings from a physical standpoint,” Valpo head coach Dave Cecchini said. “His leadership will be a tremendous benefit to our team.”

The Crusaders finished the 2016 season with their highest Pioneer Football League win total since 2003 and are expected retain the bulk of their team for the 2017 season.

“Our football program has improved immensely, and we are headed in the right direction,” Nunes said. “I’m excited to have the opportunity to be part of the program as we compete for a PFL championship in 2017. I’d like to thank everyone who supported me through thoughts and prayers. I cannot thank them enough.”