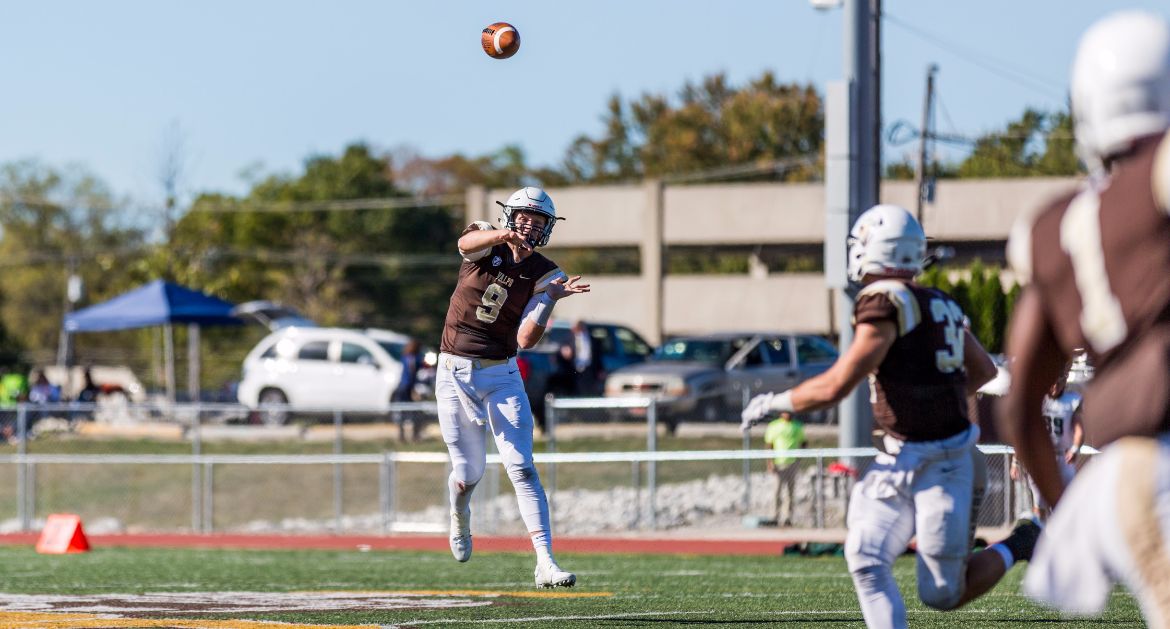 Jimmy Seewald earned his first PFL Offensive Player of the Week Award this season and the second of his career on Sunday.

Valparaiso University quarterback Jimmy Seewald (Livonia, Mich. / Divine Child) was recognized as the Pioneer Football League Offensive Player of the Week on Sunday for his efforts in Saturday’s convincing win over Marist.

The sophomore signal caller went 17-of-28 passing for 262 yards and three touchdowns in a 49-15 win over the Red Foxes, a team predicted to finish third in the PFL. Seewald thrived despite playing in less than ideal passing conditions with rain coming down for much of the day. The game spanned over six hours as it was disrupted by a pair of lightning delays totaling 3 hours, 36 minutes.

This marks Valpo’s second PFL weekly award this season and the second time Seewald has received this honor in his Crusader career. He was previously named PFL Offensive Player of the Week on Sept. 18, 2016 after throwing five touchdown passes against Trinity International.