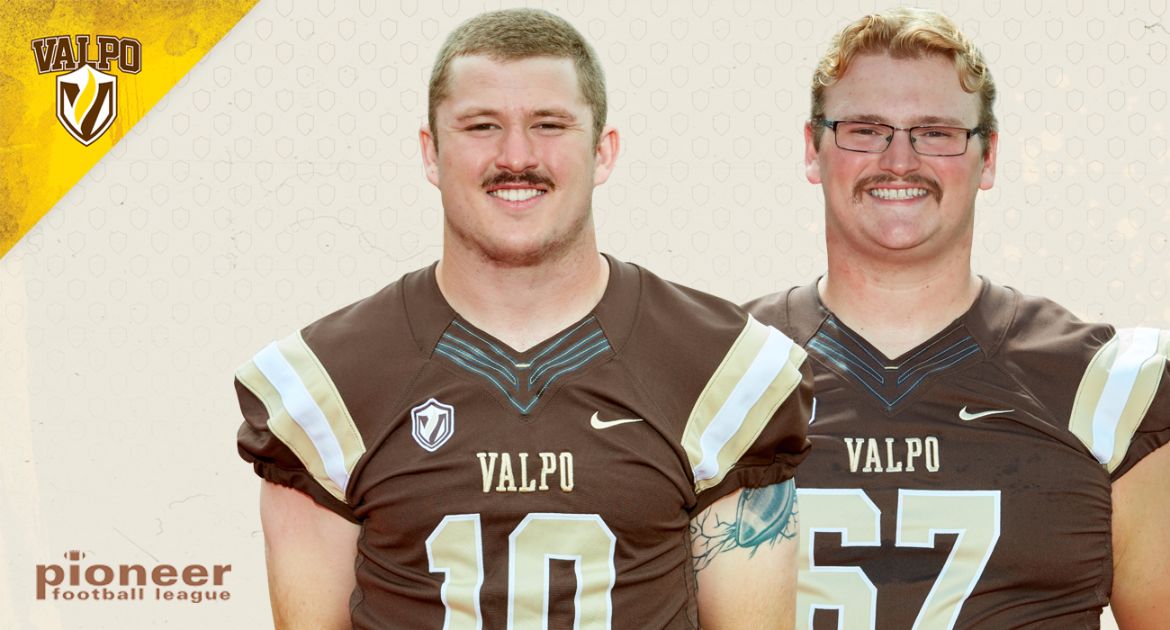 Accolades continued to come in for the Valparaiso University football team on Wednesday as the Pioneer Football League announced its 2017 academic all-league teams.

A pair of Crusaders notched places on the second team as senior running back Jarrett Morgan (Cooper City, Fla. / Cooper City) and junior offensive lineman Eric Rentschler (Highland, Ind. / Highland) were honored for their excellence both in the classroom and on the playing field.

Rentschler owns a cumulative grade point average of 3.86 in computer engineering. He was a first-year starter on Valpo’s offensive line, starting all 11 games after playing in all 11 games as a non-starter during his sophomore campaign. He played a key role in a Valpo offense that ranked third in the league with 262.5 passing yards per game and fourth in total offense at 399.8. The Crusaders finished the season second in program history in both points and total offense.

Morgan holds a cumulative GPA of 3.42 in sports management. He rushed for 563 yards as a senior to finish with 1,267 career rushing yards. Morgan scored five rushing touchdowns this season, the last of which was Valpo’s lone TD in an 8-7 win over Dayton in the season finale. He also played a key part in Valpo’s most memorable play of the season, throwing a jump pass to Ryan Clarke for a successful go-ahead two-point try in the win over the Flyers that clinched the winning season.

The Crusaders finished at 6-5 overall and 5-3 in league play, the program’s first winning season both overall and in the PFL since 2003.