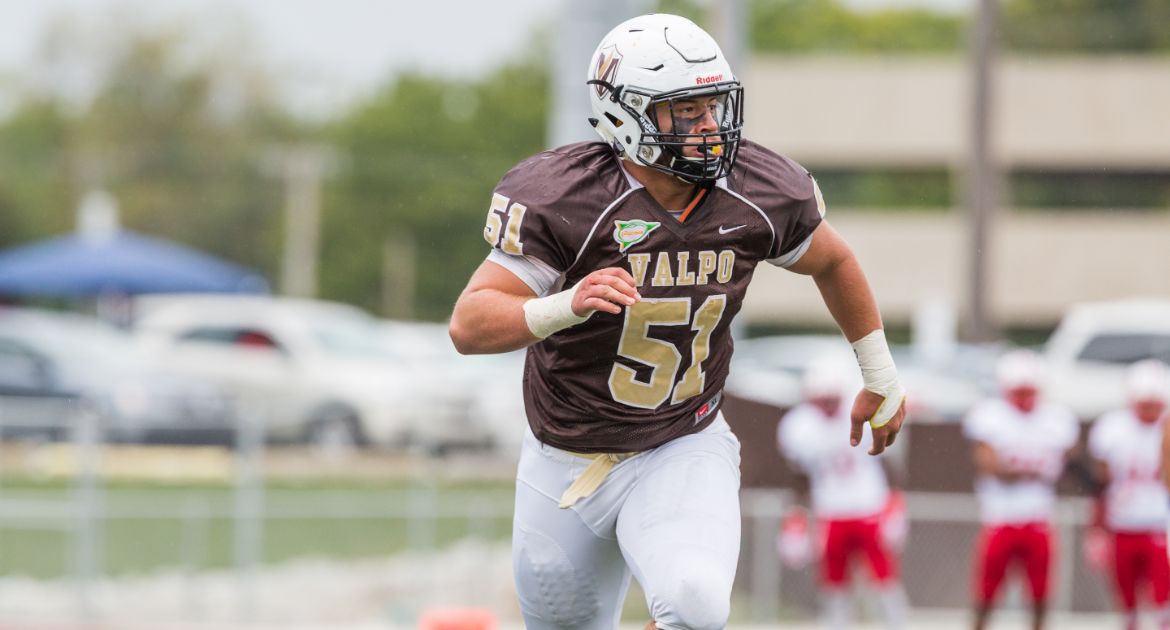 Nick Turner is one of three Crusaders on the Preseason All-PFL Team.

The Valparaiso University football team has a trio of representatives on the 2018 Preseason All-Pioneer Football League Team, which was announced on Monday.

Turner, a 2017 All-PFL Second Team honoree, was one of two Valpo players and four players in the entire PFL to exceed 100 tackles last year. He finished the season with 101 tackles, 39 solos and averaged 9.2 tackles per game. Turner set a new career high with 13 tackles on Sept. 30 in a home win over Stetson, then matched that with 13 tackles as Valpo won the Hoosier Helmet on Nov. 11 at Butler. He started all 11 games for the Crusaders.

Schofield figures to be a key cog in an experienced offensive line after picking up Second-Team All-PFL accolades a year ago. He started all 11 games for a line that helped Valpo finish tied for 10th nationally in fewest sacks allowed per game at 0.91.

Gessinger makes the preseason all-league team as a return specialist for the second consecutive season. He also enjoyed All-PFL Second Team honors in both 2016 and 2017. Last season, Gessinger led the team with 12 punt returns for 102 yards (8.5 yards per return) and 32 kick returns for 669 yards (20.9 yards per return). Gessinger surpassed 100 kick return yards in back-to-back games for the first time in his collegiate career on Oct. 7 at Campbell (113) and Oct. 14 vs. Marist (111).

The 2018 PFL Preseason Poll will be announced on Tuesday. The Crusaders, who are coming off their best season since 2003, open the new campaign on Sept. 8 at Duquesne.