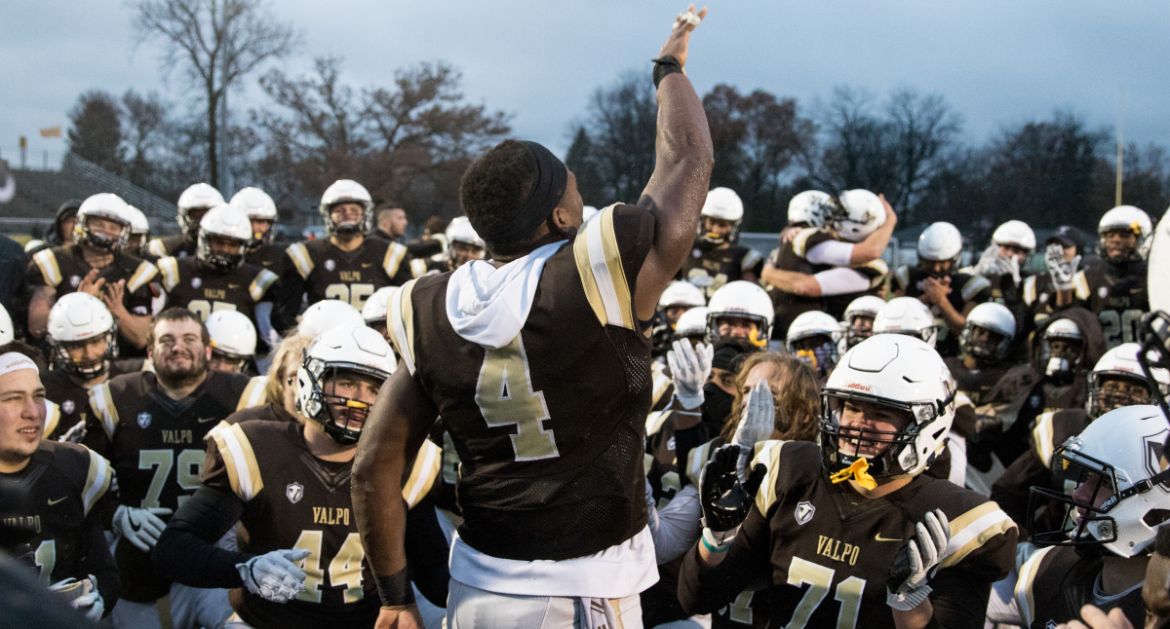 The Valparaiso University football team has been picked tied for fourth in the Pioneer Football League, according to a preseason polling of the league’s head coaches. The league released the poll on Tuesday.

The Crusaders received 48 points in the voting, behind only San Diego (81), Dayton (72) and Drake (58). Valpo was deadlocked with rival Butler for fourth with 48 points apiece.

Valpo took a giant step forward in 2017, finishing with its best record since 2003. The squad also achieved its highest league win total since 1961. Valpo scored 330 points and racked up 4,398 yards, both second most in program history. The team defended Brown Field well, going 4-0 in PFL home games and winning four league home games in the same year for the first time in the history of Crusader football.

This year marks Valpo’s highest positioning in the preseason poll since the PFL combined into one division in 2006. The Crusaders outperformed expectations a year ago, finishing tied for third in the PFL after being picked to finish 10th of 11.