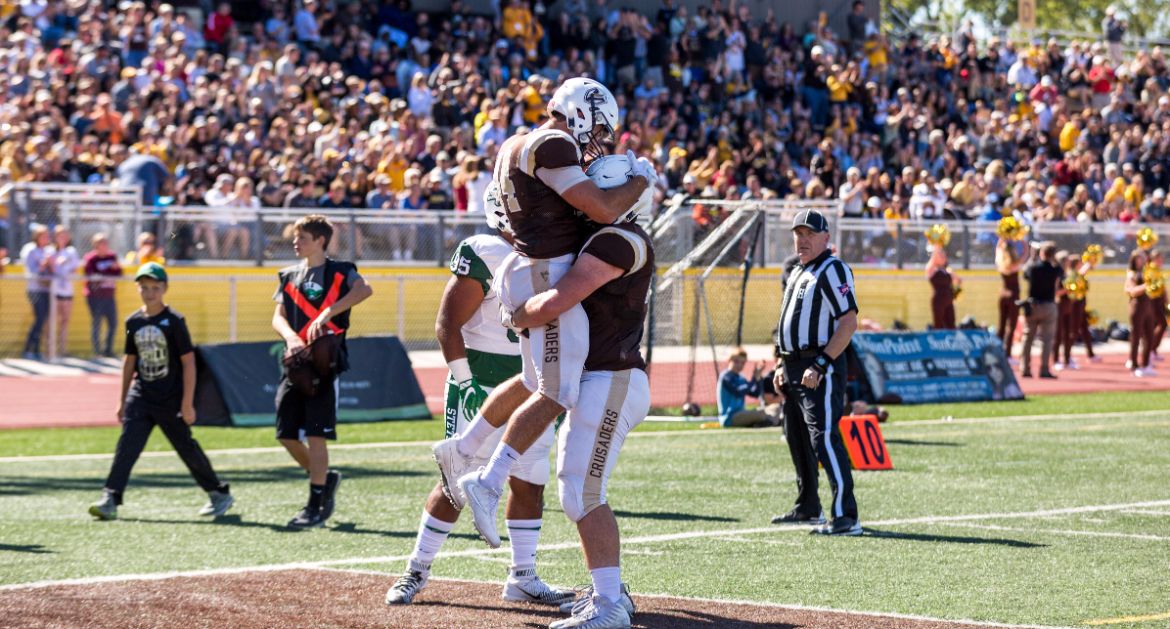 A taste of success in 2017 left the Valparaiso University football team hungry for more. The long offseason wait is nearing its end as the 2018 version of the Crusaders will gather for the first time this week as they report to camp on Thursday and hold their first practice on Friday.

After the team’s first winning season since 2003 a year ago, the Crusaders return a veteran group that seems poised to take the next step in the Pioneer Football League.

“It all starts with expectations,” head coach Dave Cecchini said. “The expectations of our football team have been raised. As happy as our team was to have the type of success that we had a year ago, this is a different team. This is a team looking for greater things. They are looking to step up and challenge for a league championship.”

Cecchini’s message regarding heightened expectations has been echoed by many of the leaders in the locker room. Among them is senior linebacker Nick Turner (Gurnee, Ill. / Warren Township), a captain who was named to the Preseason All-PFL team.

“Everybody is excited to get back as usual,” Turner said. “You start getting around the end of July and people start talking about how they can’t wait for camp. We believe we have some unfinished business and have to earn some respect that we believe we deserve. The process starts on Aug. 9. A lot of guys are ready to get back to see each other and chase the goal that we have in mind.”

Turner leads a position group that figures to be one of the team’s strengths this season.

“Mike Wheeler, Nick Turner and Drew Snouffer have been the backbone of our defense for several years,” Cecchini said. “There’s a lot of good talent that surrounds them as well.”

Another position battle to watch on offense is at running back, where Jarrett Morgan has graduated. According to Cecchini, returnees Kyle Cartales (Loxahatchee, Fla. / Cardinal Newman), Cody Boxrucker (West Chester, Ohio / Badin) and Elias Earley (Land O’Lakes, Fla. / Carrollwood Day) each bring something different to the table.

“My teammates on the offensive line have had my back and we’ve all had each other’s backs,” Schofield said. “We’ve played together for a couple years now and we trust each and understand how we work. That’s what makes us a great offensive line.”

“We feel very good about Dimitrios,” Cecchini said. “He had a great season for us last year, and he’s only going to get better as he gets older. Kyle Ulbrich had a really good spring and he can both punt and kick. He is going to push both Latsonas and Ng in fall camp.”

After a bye week to start the season, the Crusaders will kick off the campaign on Sept. 8 at Duquesne.

“This is the most veteran group that we’ve had,” Cecchini said. “We have a huge senior class that has played a lot of football. From a leadership standpoint, we expect that to really pay off this year. I believe that we learned a lot from this past season, and we have the bulk of our starters back. We can take the lessons we’ve learned from our successes and failures and translate them into a more successful season than we had last year.”