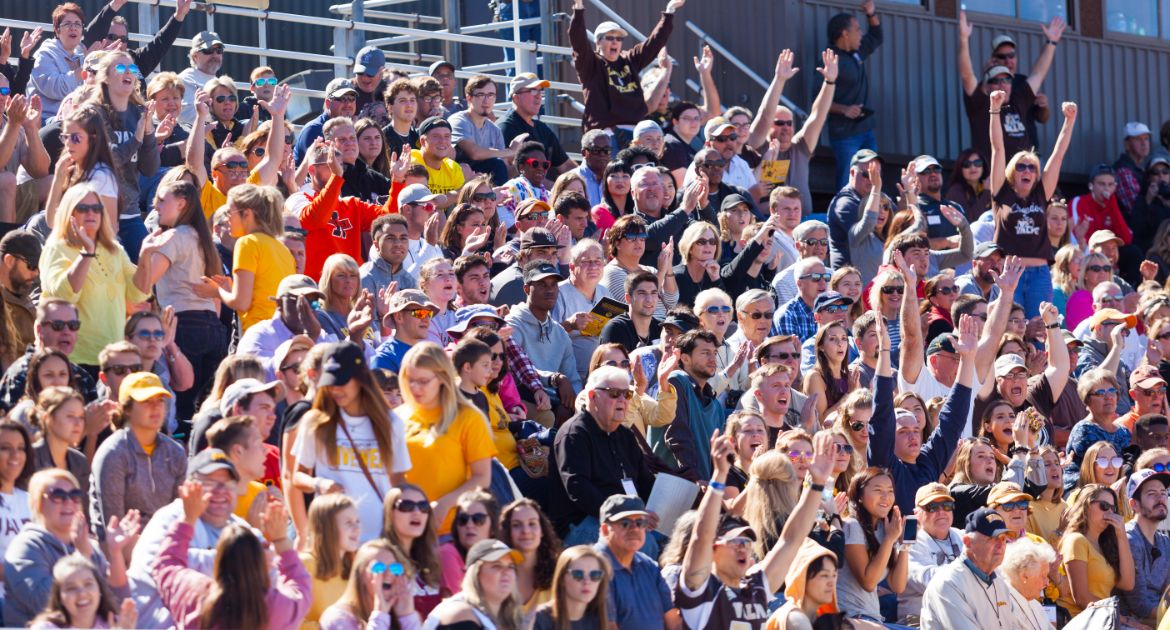 The Valparaiso University Athletic Department has announced an excitement-eliciting slate of promotions for what figures to be a thrilling fall of football at Brown Field.

The fun begins on Saturday, Sept. 22 when Valpo opens up the home portion of the season against Truman State. The first home game since Valpo’s dramatic season-ending win over Dayton that clinched a winning season in 2017 will allow fans to get their first in-person look at the 2018 edition of Valpo football. In addition, schedule posters and magnets will be given away to all fans in attendance.

A week later, the excitement keeps coming as Valpo welcomes Davidson for the annual homecoming game at Brown Field on Saturday, Sept. 29. The Crusader Street Fair will be taking place on Crusader Alley from 11 a.m. to 1 p.m. with representatives from numerous campus organizations. The Class of 1968 celebrates its 50-year reunion, while the Class of 1993 celebrates its 25-year and the Class of 2008 enjoys its 10-year. International Food Bazaar will offer samples of food from all over the world and there will be a Dog and Hogs Truck serving brats and hot dogs. In addition, the Crusader Street Fair will feature family fun activities courtesy of the Valparaiso University Alumni Association. Click here for information on other Homecoming Weekend events.

There will be “219/The Region” t-shirts for sale during the homecoming contest and the purchase of a shirt will earn fans free entree into the Oct. 13 game against instate rival Butler. The Region’s Division-I Team will look to capture the Hoosier Helmet for the second consecutive season as Valpo faces off with the Bulldogs during the second annual “219 Game” at Brown Field. In addition, Oct. 13 will mark a great chance to catch two Valpo teams in action as the women’s soccer squad welcomes Missouri State that evening. The purchase of one $30 219 shirt will allow fans to receive free admission to one pre-determined football, volleyball, women’s basketball and men’s basketball game.

Drake will come to town on Oct. 27 for a game that is part of the Family Weekend festivities on campus. Crusader Kids Club members will enjoy a multitude of benefits for this game as Halloween candy will be handed out, a bounce house will be available and there will be a Halloween costume contest. In addition, Kids Club members will have the opportunity to receive autographs from their favorite Valpo players. For young fans 12 and under who are not yet members of the club, there will be the opportunity to sign up during this fun-filled afternoon at Brown Field. Kids Club membership can be purchased for $20 by visiting http://www.valpoathletics.com/fanzone/kidsclub/.

Two weeks later will mark the final chance to witness Valpo football at Brown Field in 2018. It’s “Hike & Spike Day” on Saturday, Nov. 10 as both the Valpo football and volleyball teams are in action on Senior Day for both squads. It’s the “Gold Rush Game” as attendees are encouraged to wear gold in support of the senior class. Free gold t-shirts will be given away to the first 500 fans through the gate. Any fans who bring their football game ticket to that evening’s 7 p.m. volleyball match against Illinois State will be admitted free of charge. There will also be an opportunity to enter a contest at the football game and win a prize at the volleyball match – you must be present at both events to win and the prize will be handed out after the first set. A promotion-packed afternoon at Brown Field will also feature discounted ticket prices for all senior citizens. All fans ages 62 and up can purchase tickets for the discounted price of $3.

Valpo Athletics has also announced fan information for 2018 football home games. Parking gates open at 9 a.m., while stadium gates open at noon for all games at Brown Field this season, with the exception of Nov. 10 against Jacksonville, when gates open at 11 a.m. for a noon kickoff. Lot 45 (Athletics-Recreation Center) will be available as a pay to park lot with an entry fee of $5 per vehicle. ADA parking is also available in this lot near the stadium. In addition, a $5 fee will be required to park in Lot 32, which is located next to LeBien Hall. Valpo will charge $10 for RV parking.

No fee is required to park in any of the other lots on campus. The lots in the closest proximity to the stadium are Lot 43 (near Guild/Memorial Halls) and Lot 34 (across from LeBien). Both of these lots are within a short walk of Brown Field.

In addition, the Valpo Athletic Department in conjunction with ESPN has announced that all five home games will have live video broadcasts available. The home games against Truman State (Sept. 22) and Davidson (Sept. 29) will be carried on ESPN3, while the remaining home games – Butler (Oct. 13), Drake (Oct. 27) and Jacksonville (Nov. 10) – will be on ESPN+. Todd Ickow (play-by-play) and Dave Huseman (color commentary) both return to the Brown Field broadcast booth and their call will air on the ESPN feed. All games, both home and road, will also be carried on WVUR 95.1 FM Valparaiso again this season.

After finishing in front of six teams in the league standings for the first time since 1954, Valpo is poised for another memorable season on the gridiron.