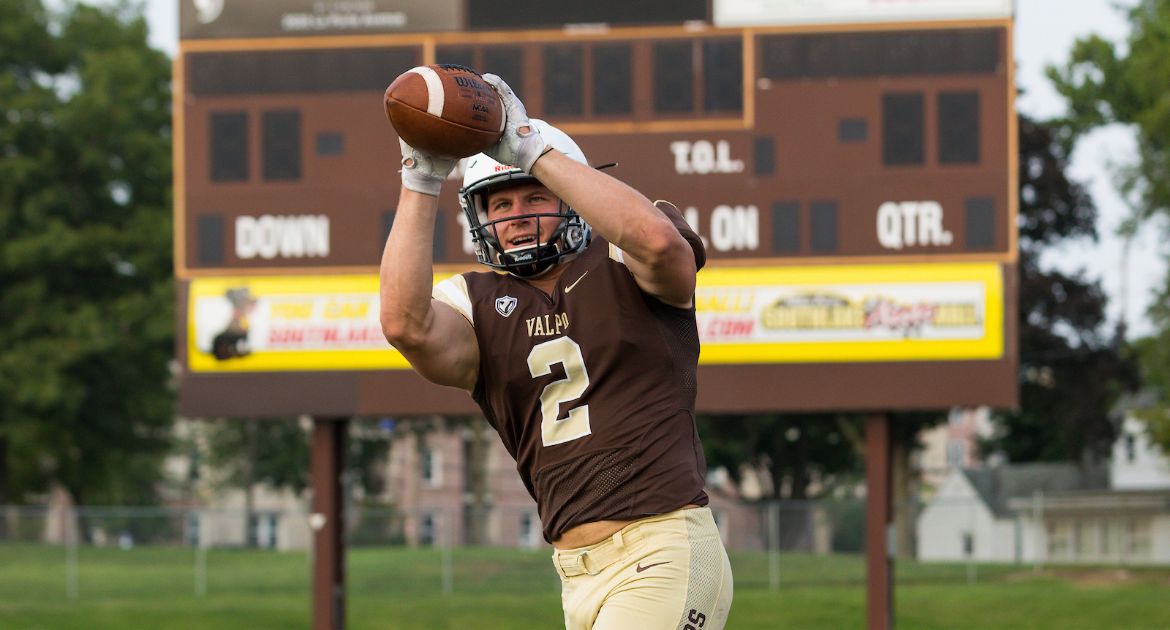 The Valparaiso University football team went toe-to-toe with full-scholarship foe Youngstown State in the first quarter on Saturday afternoon at Stambaugh Stadium in Youngstown, but the Penguins pulled away for a 42-7 victory. Valpo carried the momentum early, jumping out to a 7-0 lead 10 minutes into the game, but the Penguins scored 42 unanswered to close out the victory.

Valpo (0-2) will open the home portion of the season next week with a 1 p.m. CT kickoff on Saturday as Truman State comes to Brown Field. The game will be broadcast on ESPN3, which can be accessed free of charge with a cable subscription. Links to live video, audio and stats are available on ValpoAthletics.com.